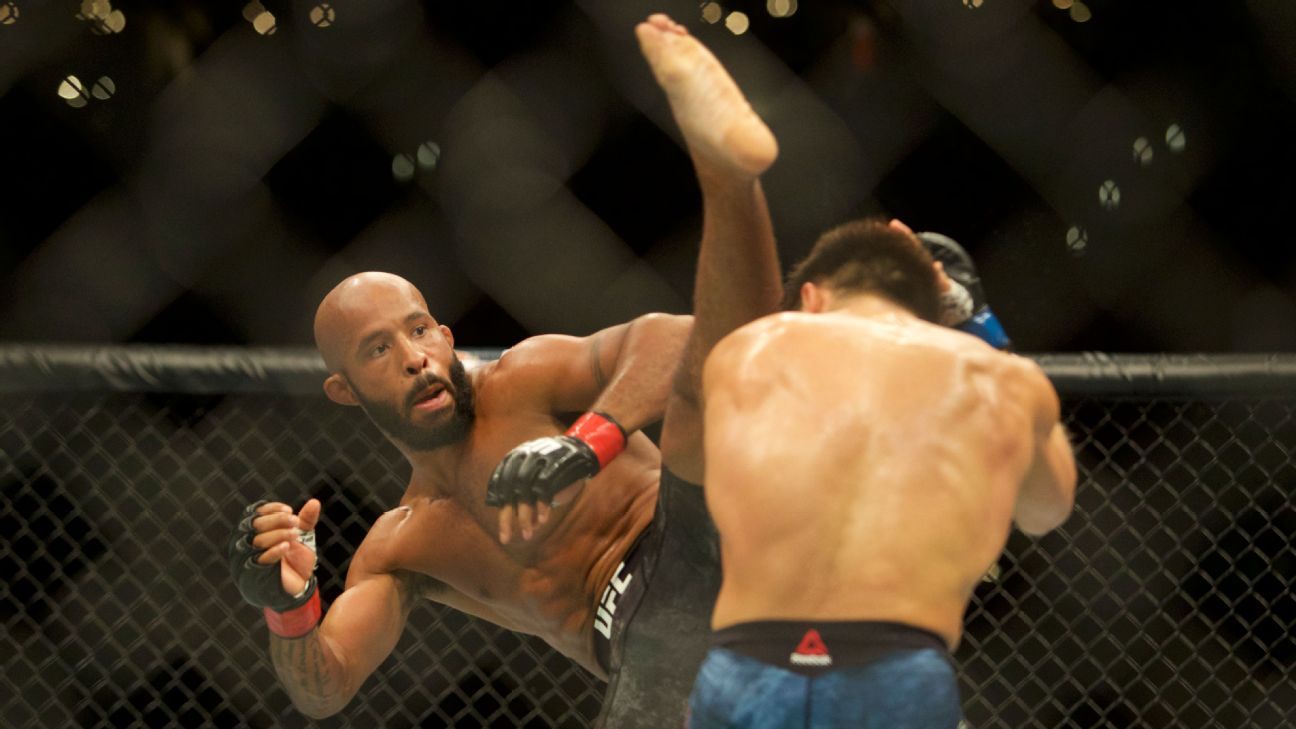 Dana White lives for selling fights. That’s his job as UFC president, and he does it better than any combat sports promoter ever has. But do you remember the night when the fight fan in him came bursting to the forefront and he told people not to buy his prizefights?

It happened in Toronto back in September 2012. The UFC had just crowned its first flyweight champion in a split-decision win by Demetrious Johnson over Joseph Benavidez, and when someone at the UFC 152 post-fight press conference asked White what he thought about the boos that inexplicably had rained down on the Octagon during some stretches of the razzle-dazzle five rounds, the boss got red in the face.

“If you didn’t like the flyweight fight, please, I’m begging you, don’t ever buy another UFC pay-per-view again,” said White, growing angrier with each word he spat out. “I don’t want your money. You’re a moron. You don’t like fighting. You don’t appreciate talent.”

The UFC president was speaking truth. That inaugural flyweight championship bout was intriguing for its fast-twitch back-and-forth. And yet ever since, it appears that hordes of fans have heeded White’s challenge. Either Demetrious Johnson and the rest of the UFC’s 125-pounders are simply too miniscule for paying customers to even notice, or viewers can’t be bothered to watch in slow-motion, which sometimes feels like the only way to keep up with all of the speedy technical wizardly of “Mighty Mouse” and his like.

Whatever the reason, Johnson has never emerged as a megastar even as he was becoming the most dominant champion in MMA. The UFC tried to sell four of his title defenses in 2015 and ’16 as pay-per-view headliners, and three of them did dreadful business, barely eclipsing 100,000 buys, according to industry estimates. The other one, UFC 178 with Johnson vs. Chris Cariaso on the top of the marquee, reportedly surpassed the so-so threshold of 200,000 buys — but that number was boosted by an undercard featuring a rising Conor McGregor, the return of long-injured Dominick Cruz and other splashy draws, including Stephen “Wonderboy” Thompson and Donald “Cowboy” Cerrone.

More recently, Johnson has mostly been put in co-main events, including on Saturday night at UFC 227 in Los Angeles, where his UFC-record run of 11 title defenses came to an end in a split-decision loss to Henry Cejudo.

But this time, White was in a more upbeat mood regarding the public’s acceptance of his littlest fighters. “The whole card was basically small guys,” he told ESPN’s Brett Okamoto, referring also to the main event between bantamweight champion TJ Dillashaw and ex-champ Cody Garbrandt. “Sold out the Staples Center. Sold out, not one seat left in the building. I love it.”

Can the UFC build something here? Does “Mighty Mouse” deserve another shot at being a driving force? The answer to the first question is unclear, but the answer to the second is a resounding yes.

In the immediate aftermath of the co-main event, Cejudo stood at the center of the cage and issued a challenge to the winner of the main event to follow, which turned out to be Dillashaw. This earned him some love from the boss.

But the UFC president would not commit to booking that champion-vs.-champion fight. And why should he? Shouldn’t “The Messenger” make a flyweight defense or two before warranting a superfight? (Don’t bring up McGregor and his division hopping despite zero title defenses. He’s built himself a special-case castle made of gold ingots.)

And what would Dillashaw get from a Cejudo fight, really? He was chasing a showdown with “Mighty Mouse” because it was going to be a legacy fight. He wanted to be the one to take down the brilliant Johnson. That opportunity has evaporated, though, and what Dillashaw needs now is not a title defense against a bulked-up 125-pounder but a statement fight to support the claim he made in the cage after knocking out Garbrandt.

To make that assertion stick, Dillashaw might be advised to go beat the man who ended his first title reign in 2016 — the fighter who most often has had that 135-pound GOAT label attached. Dominick Cruz has said he is hoping to return by the end of the year from yet another injury. He is coming off a loss to Garbrandt, so this might not be the right time for him to legitimately get a title shot. But it would not be unprecedented for the UFC to book such a fight. And if that’s not next for Dillashaw, there’s always Raphael Assuncao, who has won four straight and 11 of his last 12 (and is 1-1 with the champ), and Marlon Moraes, who has won 16 of 17, the blemish being last year’s split-decision loss to Assuncao. There are options for Dillashaw right at home in his 135-pound domain.

And if there is any righteousness in this sport, Cejudo will be otherwise occupied, rematching “Mighty Mouse.” That’s the obvious fight to book at 125 pounds. Immediate title-fight rematches can get tiresome, it’s true, but if any ex-champ is deserving, it’s the one who made 11 title defenses and stopped his challenger in seven of them, doing so in style.

Johnson’s legacy took a hit on Saturday night. A split-decision loss is not a massive come-down, though he no longer will be ranked as the No. 1 fighter in the sport, pound for pound. But he’s 31 years old and has plenty of time to resuscitate and build upon his legacy. There’s no reason to doubt that he will continue doing things that no one else in MMA has done. He certainly has shown the hunger to do so.

Johnson’s flair for the game might be best exemplified by his 2015 win over Kyoji Horiguchi. “Mighty Mouse” was dominating and could have coasted to the finish line, but instead he worked for and got an armbar submission with 1 second left in the fight. His flying armbar out of a clinch against Ray Borg last year wasn’t too shabby, either, in the creativity department. And his lightning-strike knockout of Benavidez in their 2013 rematch was as concussive a statement of supremacy as they come.

One potential fly in the ointment: Johnson said at Saturday’s postfight press conference that he believes he tore the lateral collateral ligament in his right knee during a grappling scramble (“I heard it pop”) and also fears that he broke his right foot while kicking. If he’s going to be out for just a short time, a rematch is the fight that Johnson, the fans and the sport itself deserve. However, if one or both of those injuries sidelines him for an extended period, that could bring into play Cejudo’s chase of a second belt, a pursuit he made clear is personal — even as he acknowledged that a trilogy bout with Johnson has to be on the table.

“Does Demetrious deserve it? For sure, man, the longest-reigning [champ],” Cejudo told ESPN’s Ariel Helwani and Chael Sonnen during the Ariel & The Bad Guy post-fight show. “But I think they talked about TJ and DJ so damn much [prior to his Johnson fight]. In my eyes, Chael, I was on the damn conference call [with the media] for 30 minutes, and that’s all they talked about, right in front of my face.

“And I remember … you know, I lost [phone] connection. I ain’t hearing this s— no more. So that’s something personal. You know, TJ and DJ have always talked about each other. Hey man, you guys are forgetting about ‘The Messenger,’ man. You guys are forgetting that guy that almost lost his life in fires, that guy that made history at the age of 21 [as a 2008 Olympic gold medalist in wrestling]. Don’t count that kid out, man.”

White isn’t likely to count him out and could very well grant Cejudo a shot at Dillashaw. Then again, White is enough of a fan of “Mighty Mouse” that he’s not about to count him out either. As always, it will come down to dollars and (maybe) sense. Can the UFC sell its fans on another meeting of these 125-pounders?

“I don’t know what the fight to make is for these two,” White said. “But we’ll see.”