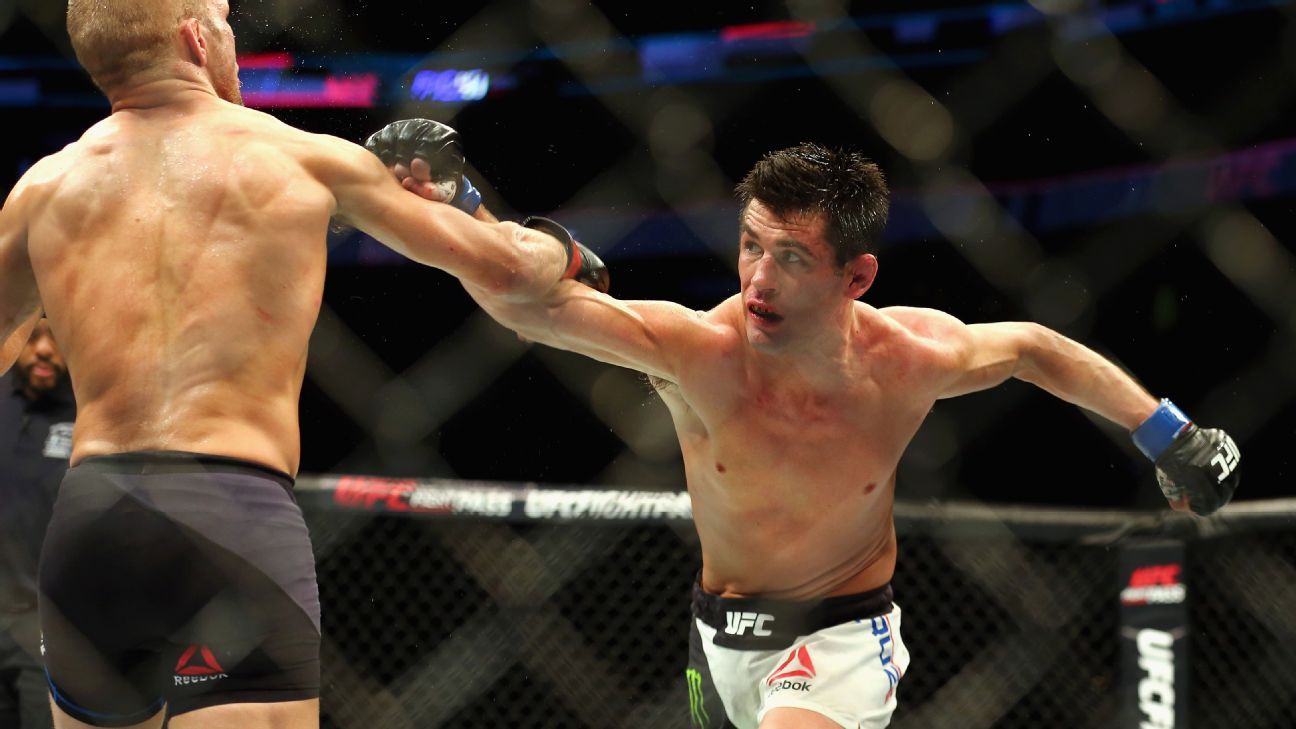 Dominick Cruz says he, not champion TJ Dillashaw, is the greatest bantamweight in UFC history, and he’s now healthy enough to prove it.

Cruz, the former two-time champion who has not fought since December 2016 because of injuries, was responding to Dillashaw’s “best bantamweight of all time” claim made in the Octagon following his first-round knockout of Cody Garbrandt on Saturday night.

“The problem is, I beat him already. You can’t be the best unless you beat the guy that beat you,” Cruz said during an appearance on Ariel Helwani’s MMA Show on Monday. “It’s just common sense. Everybody in the world knows that, including him.”

Cruz (22-2), who defeated Dillashaw by split decision in January 2016 to begin his second reign as 135-pound champion, was campaigning for a shot to regain his old belt, despite his long layoff and despite losing his belt to Garbrandt in his last outing.

“I know I deserve that title shot,” said Cruz, “because I defended that title more times than anyone in the history of the division.” He defended his UFC and WEC belts five times during two reigns.

The 33-year-old said he was cleared three weeks ago for fight training after healing from a broken arm suffered last November. Before that, he was dealing with plantar fascia tendinitis.

Cruz has been plagued by injuries for several years. In May 2012, during his first reign with the 135-pound belt, Cruz pulled out of what would have been his fifth title defense after tearing his ACL in training. Because of multiple surgeries for that injury and then a groin tear, Cruz did not fight again until September 2014. During his extended absence, he was stripped of his belt.

He got the belt back in 2016 with the victory over Dillashaw, which came following another long layoff because of another ACL tear. He defended the strap once but lost it before the year was out and was back on the shelf, this time with the tendinitis and then the broken arm.

And he’s hoping to get Dillashaw — the man claiming to be the best bantamweight ever.

“It’s good that he’s hyping himself up to think that. It is. That’s what you’re supposed to be thinking,” Cruz said. “But I’m still right here, very relevant, regardless of the multiple injuries that I’ve had in my career. I think everybody in the world knows that I’m still extremely relevant, probably the only guy who will beat him in this division.”

Alastair Cook would prefer no County Championship to a less ‘meaningful’ shortened season
Evaluating Mac Jones, a loaded WR draft class and more idle college football thoughts
European Tour postpones Irish Open in May
Formula 1 guess who: How many drivers can you name?
Recruiting dead period extended through May 31