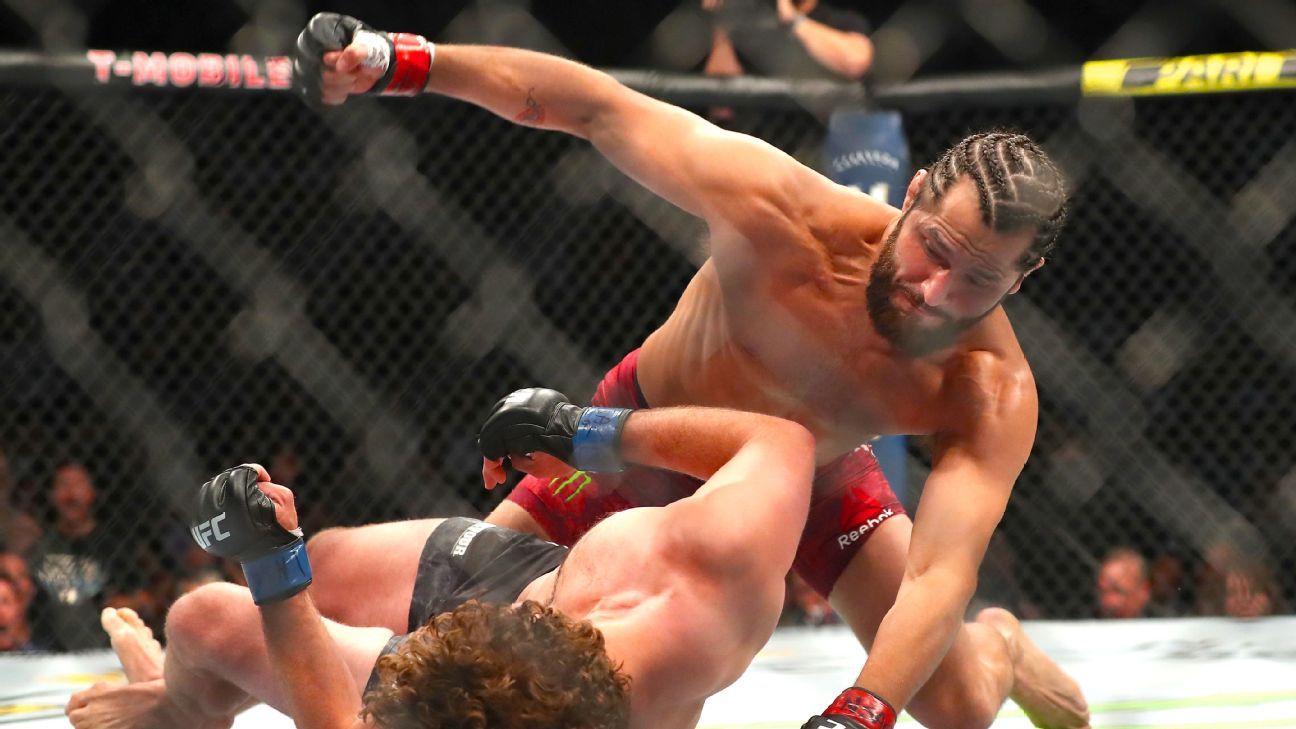 That was Jorge Masvidal‘s message to Nate Diaz in a YouTube video published Tuesday after Diaz had called him out after a victory at UFC 241 on Saturday.

Masvidal said he’d be down to fight Diaz in December, though he was also open to November.

“I’m ready to put it on the line,” Masvidal said.

Diaz defeated Anthony Pettis on Saturday in a fairly dominant unanimous decision. In his interview with Joe Rogan after the fight, Diaz said he wanted Masvidal next. More specifically, the controversial Diaz said he owns the “baddest motherf—er in the game” belt and believes Masvidal should be the next challenger.

Masvidal is coming off a 5-second knockout of Ben Askren last month at UFC 241 — the quickest finish in UFC history.

“You’ve got to recognize who the best of the best is in this game, and it’s not who they’re saying it is,” Diaz said at the post-fight press conference. “It’s who I’m saying it is. … That’s the best fighter to me, the best martial artist who’s still on top of his game.”

UFC president Dana White also said he’d be all in for Diaz vs. Masvidal.

Diaz and Masvidal would be a bout between two fighters with cult-like followings. Both came from tough upbringings, Diaz in Stockton, California and Masvidal in Miami. Both 34 years old, Masvidal has been a pro since 2003, while Diaz has been at it since 2004.

Both are at the peak of their popularity.

“We’re ready for this fight, man,” Masvidal said in the video. “We’re ready. We’re just negotiating it now and let’s give the fans a fight they want to see — two dogs locked in the cage going for the jugular. You know I could get hit with a baseball bat, it don’t mean nothing. And same thing with my rival. You can hit that dude with a f—ing baseball bat to the kneecaps, he’s just gonna keep on coming. It’s a fight that the fans want and they’re gonna get, man.”

How real is the ROY debate? Dissecting the big NBA award questions
Hall of Fame RB Little diagnosed with cancer
How likely are the most anticipated all-British fights to happen?
Diary of 49ers’ Ben Garland: Learning my limits on Kilimanjaro
Power 5 leagues want athlete compensation law