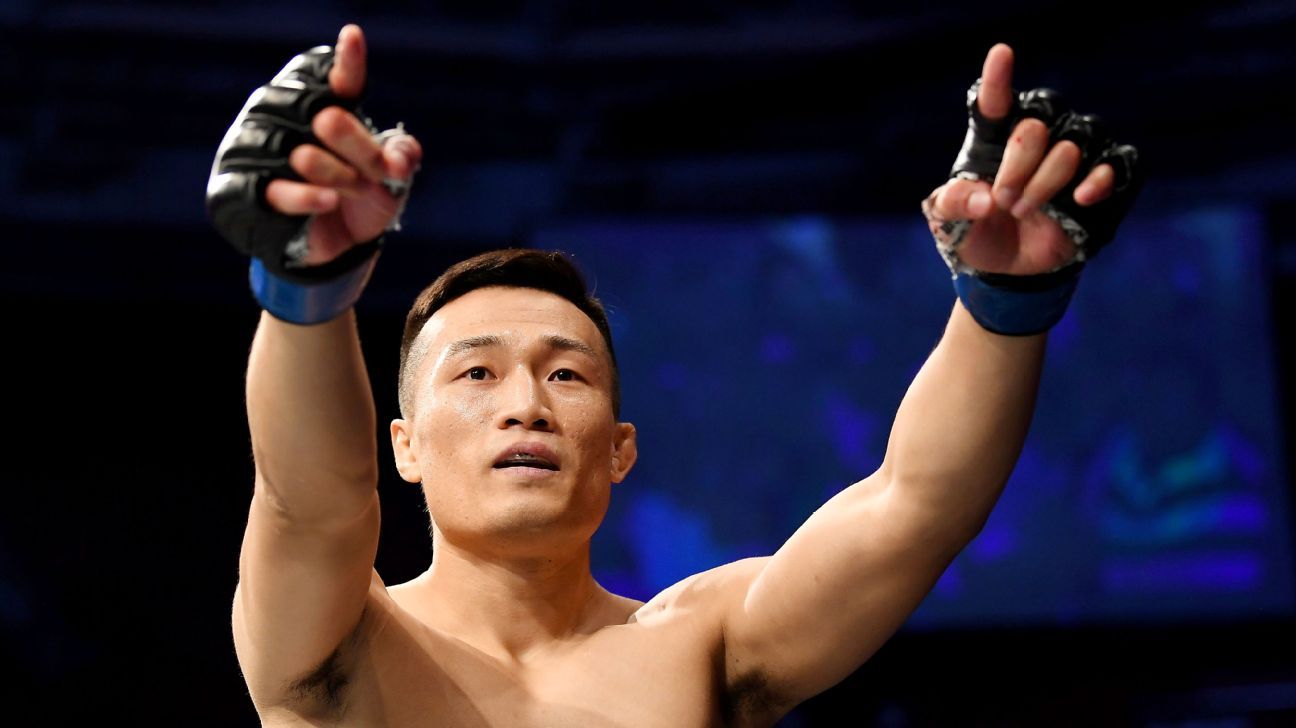 Chan Sung Jung had not competed on South Korean soil in over 11 years. He made a triumphant homecoming on Saturday.

The featherweight from Seoul known as “The Korean Zombie” put Frankie Edgar in trouble right from the get-go, dropping him with a left hand in one of their first boxing exchanges, then pounded out the former UFC lightweight champion on the canvas to get the TKO at 3 minutes, 18 seconds in the featherweight main event of UFC Fight Night early Saturday in Busan, South Korea.

They know their fighter. Jung is an aggressor. He earned his nickname with a zombie-like ability to survive and keep moving forward despite any damage his opponents could dish out. But he walked away from this fight without a mark on his face.

The damage was all on the face of Edgar (22-8-1), who was booked for this fight as a late replacement just two weeks ago. Jung’s original opponent, Brian Ortega, pulled out after partially tearing his ACL in training.

The damage Edgar sustained puts in jeopardy his Jan. 25 date with Cory Sandhagen in Raleigh, North Carolina. He already was booked for that fight, his bantamweight debut, when he agreed to step in as a replacement for Ortega. But he ended this short fight with his face bloodied and his right eye badly swollen.

This actually was the second time Jung and Edgar were booked for a main event. They were scheduled to meet in November 2018 in Denver, but Edgar had to pull out after tearing his left biceps in training. He was replaced by Yair Rodriguez, who pulled off one of the most spectacular knockouts in UFC history, finishing Jung with a no-look elbow with just one second to go in a fight the Korean Zombie was winning.

Jung rebounded from that stunning defeat by scoring an impressive KO of his own, taking out Rernato Moicano in just 58 seconds in July.

Edgar, who became 155-pound champion in 2010 and reigned for nearly two years, had last fought in July, failing in his attempt to capture the featherweight belt from Max Holloway. It was Edgar’s ninth UFC title shot; he is 0-5 in championship fights since 2012.