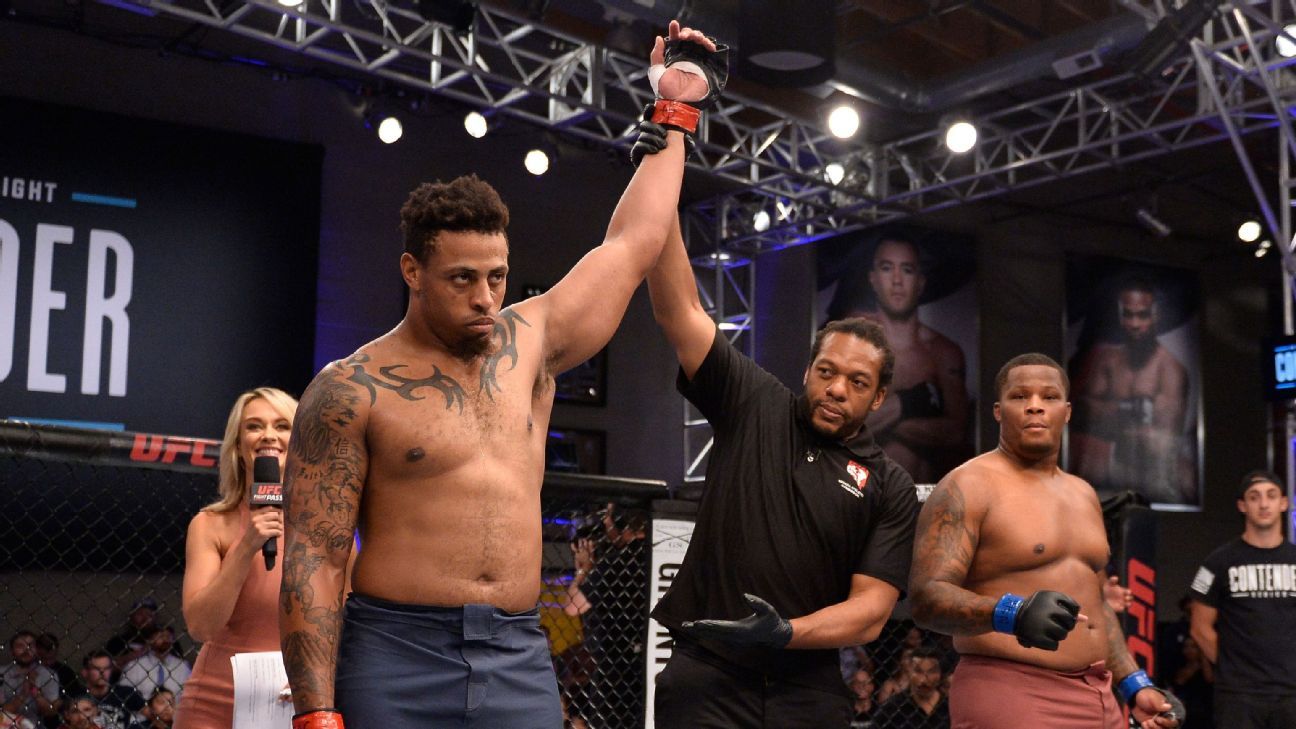 LAS VEGAS — It’s too early to predict how far he will go, but ex-NFL player Greg Hardy sure looks like a legitimate prospect in mixed martial arts.

Hardy (2-0) earned his second professional win in stunning fashion Tuesday, as he knocked out Tebaris Gordon (3-1) in just 17 seconds at Dana White’s Tuesday Night Contender Series. The finish came in the midst of a swarm of punches, capped off by a right hand to the temple.

It was the former All-Pro defensive lineman’s second fight on White’s show. Hardy won a developmental contract in his first appearance in June, knocking out Austen Lane in just 57 seconds. The developmental deal keeps Hardy exclusive to the UFC but allows him to gain experience away from official UFC shows.

Gordon, of North Carolina, looked overmatched from the start. He paced in his corner before the fight, while Hardy stood motionless, staring a hole through him.

Once the bout started, Hardy moved forward quickly. Gordon backed up into a shell along the fence. He tried to throw several counterpunches during Hardy’s onslaught, but Hardy leaned out of range and came right back.

“I haven’t seen the replays yet, but honestly I think I can be more in control,” Hardy said. “I was kind of in danger a little bit, with my hands low. I feel I can work on that, jitters. I would call it an experience. I’m all about plugging holes my man.”

Hardy, of Millington, Tennessee, trains out of American Top Team in Coconut Creek, Florida. He has a 3-0 amateur record. All of his wins have come via knockout.

Hardy lost his job in the NFL in 2015, due to off-the-field issues. He was convicted of assault in 2014, but the charges were later expunged from his record after the victim failed to appear in court for a jury trial during his appeal. Hardy has denied ever hitting a woman, while acknowledging the issue will follow his career.