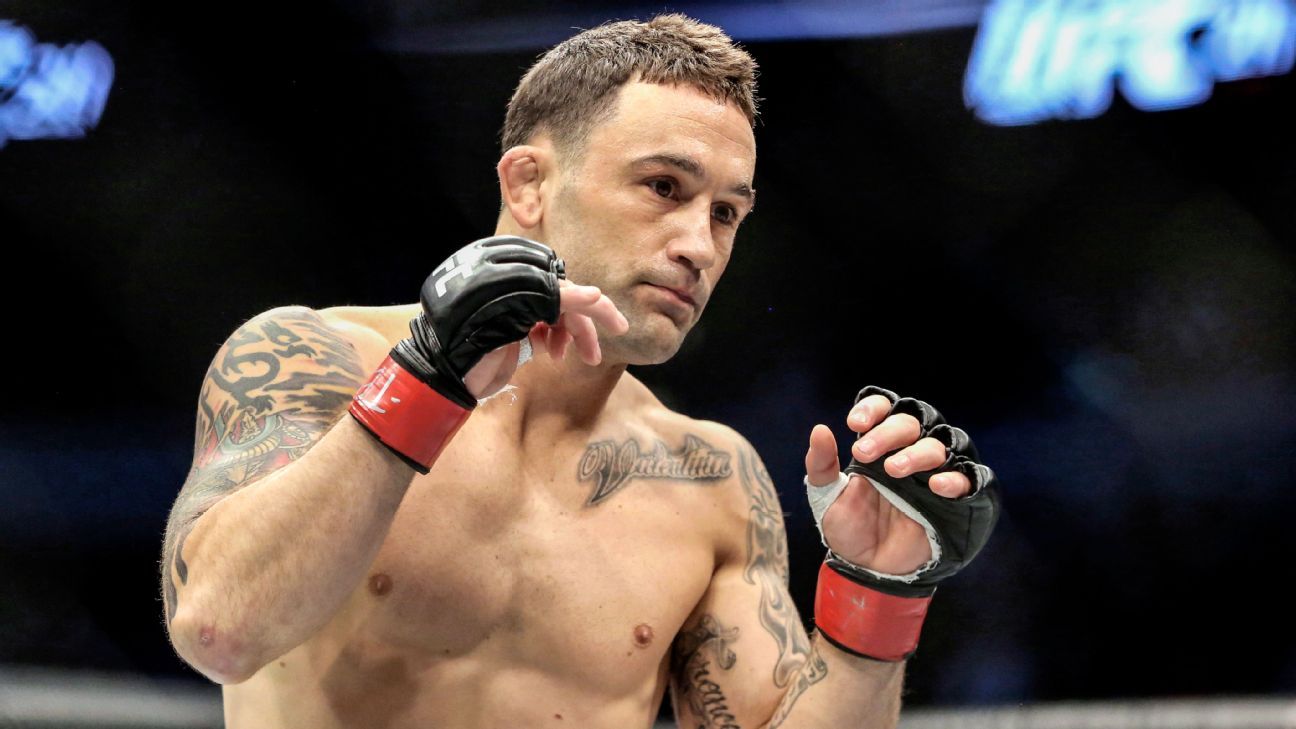 Edgar’s longtime manager, Ali Abdelaziz, told ESPN he has informed the UFC that Edgar’s next bout will be at bantamweight, ideally before the end of the year.

“We have already started discussing Frankie’s bantamweight debut,” Abdelaziz told ESPN. “We’re hoping it will be at UFC 244 on Nov. 2 at Madison Square Garden, but 100 percent Frankie’s next fight will be at 135 pounds.”

Edgar, 37, initially competed in the UFC’s 155-pound lightweight division, when he signed with the promotion in 2007. He dropped to its 145-pound featherweight division in 2013, after surrendering the lightweight belt to Benson Henderson.

Since moving to 145, Edgar has gone 8-4. He challenged Jose Aldo for the championship twice, in 2013 and 2016, and came up short both times. Last month, he attempted to dethrone current champion Max Holloway, but lost via unanimous decision.

Edgar’s coach, Mark Henry, has been asking him to move down for years. He told ESPN that Edgar reiterated his intention to drop down in a text message late Tuesday evening.

“It feels like a new beginning for us,” Henry said. “I love the kid, and I feel it will be safer for him at 135. He always does better when he fights guys his own size. When he’s fighting guys with similar height and range — sometimes they still weigh more than him, but I feel like it’s an even playing field.

“He was barely cutting any weight at featherweight. I think during this last camp, he was 152 pounds a few weeks before the fight. And he hadn’t started cutting yet.”

Edgar fights out of Toms River, New Jersey. He competed on the UFC’s first-ever New York event in 2016 at Madison Square Garden, defeating Jeremy Stephens via decision. Henry Cejudo, the current champion of the bantamweight division, has previously expressed some interest in facing Edgar.