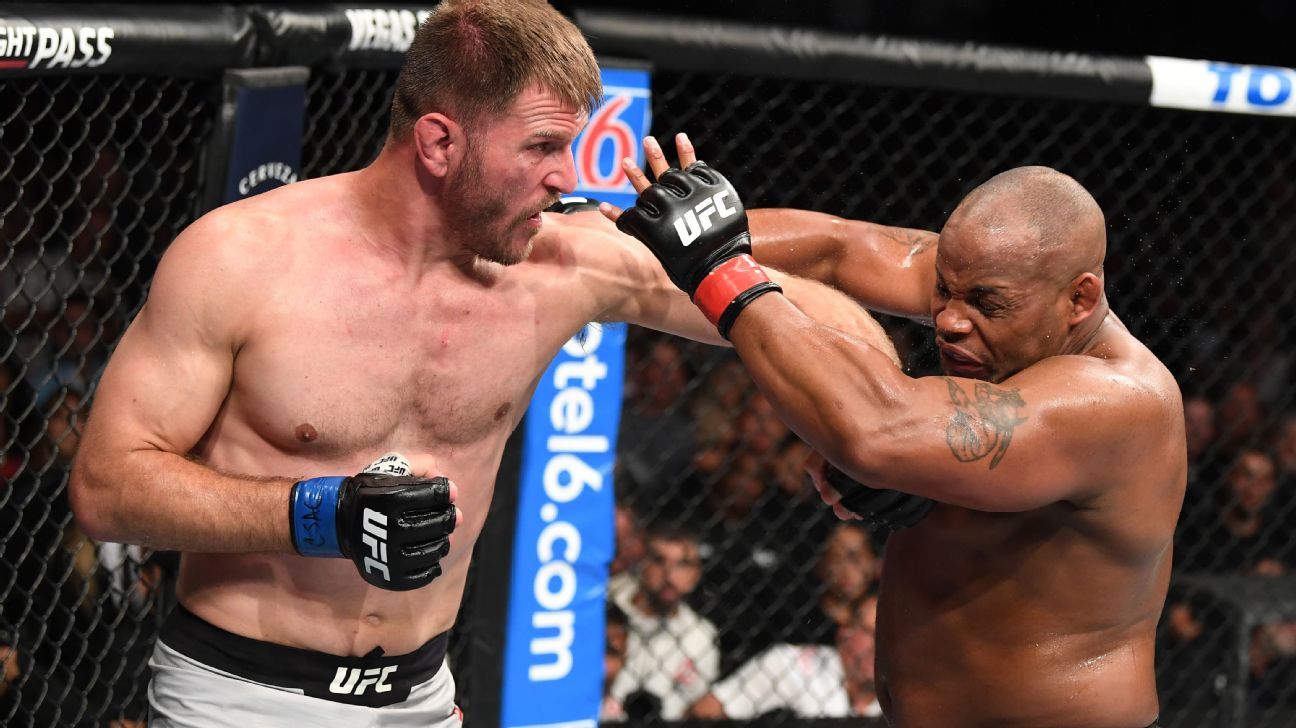 Two days after just the second official loss of his career, Daniel Cormier posted on Instagram apologizing to fans, but was non-committal on his fighting future.

Stipe Miocic finished Cormier by TKO in the fourth round at UFC 241 on Saturday night in Anaheim, California. With the victory, Miocic re-gained the UFC heavyweight title he lost to Cormier in July 2018.

“It’s been a couple of days and I can’t stress the disappointment, I am so sorry to all I have let down,” Cormier wrote on Instagram.

Cormier, 40, is a former two-division champion at heavyweight and light heavyweight with one of the best resumes in MMA history. The Gilroy, California resident had previously said he would retire on his 40th birthday, but that came and went in March. Cormier said Saturday night that he will go back home with his family now and make a decision on whether or not he’ll retire.

“This has been the most amazing journey, I will decide what I am gonna do now, and as soon as I decide you will all know right away,” Cormier wrote on Instagram.

In the post, Cormier also apologized to his family and coaches. One of the major sticking points of the Miocic loss for Cormier is that he stopped wrestling after a very successful first round. Cormier was ahead on all the judges’ scorecards going to the fourth, but stopped using his takedowns and slams against Miocic after the first. Wrestling was the game plan for the former U.S. Olympic wrestling national team captain, even though he knocked out Miocic last year in the first.

“When you start finding success landing things you kind of fall in love with it.”

Cormier added that he “paid the ultimate price” for not listening to his coaches.

Cormier (22-2, 1 NC) was unbeaten officially in eight straight fights coming into UFC 241. The only man to have defeated Cormier previously was pound-for-pound great Jon Jones. Cormier owns victories in his career over Alexander Gustafsson, Anthony Johnson (twice), Frank Mir, Josh Barnett and Anderson Silva, among others, in two different divisions.