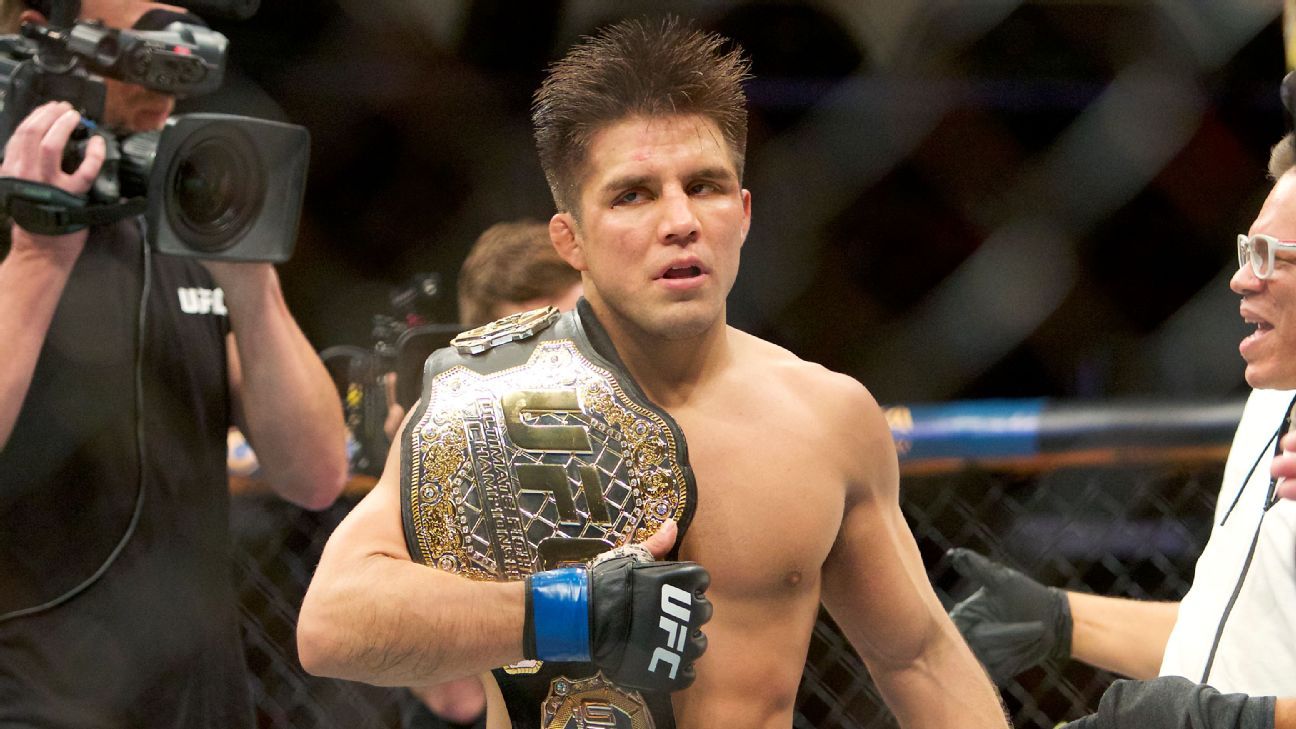 UFC flyweight champion Henry Cejudo told ESPN’s Ariel Helwani he wants to face bantamweight champion TJ Dillashaw next and “will knock him out.” Dillashaw is coming off a first-round TKO win against Cody Garbrandt this past Saturday at UFC 227 to retain the belt. On the same card, Cejudo upset 11-time division champion Demetrious Johnson to claim the title.

Cejudo said he is more than willing to move up in weight to fight Dillashaw at 135 pounds.

“I want the challenge, I’ll go up. I will knock TJ Dillashaw out,” Cejudo said. “We can do it at 125 pounds, but I prefer it at 135 pounds because I want his belt. I know I’ll knock him out, that’s all there is to it.

“At 135, I feel really good for that weight class. I’ll fill in naturally to 135 pounds. My whole thing is making history. I would love to fight TJ. I hope he accepts my offer to fight at 125 or 135 pounds. Enough talk, let’s get to signing.”

When asked if he would consider facing Johnson in an immediate rematch, Cejudo didn’t dismiss it but also said he thinks the sport would benefit from something different.

“I would agree when it comes to the statistics, but at the same time, I know what the UFC is trying to create,” Cejudo said. “It’s good for our weight class to start new storylines. I think just for the sake of our weight class, I think it would be good to see somebody else for now instead of Demetrious Johnson.”

Duane Ludwig, Dillashaw’s head coach, told Helwani earlier in the show that he wants his star pupil to move down and face the flyweight champion to gain a second belt.

“I would like to see him drop down to 125 and take that belt and then possibly go back to 135 and face (Dominick) Cruz,” Ludwig said. “TJ is more in the right to pick and choose where he goes more so than Cejudo. Whoever goes to the other weight class is on the more prestigious route. TJ is, pound-for-pound, in my opinion the best mixed martial artist and it’s time to go down to 125 and prove that.”