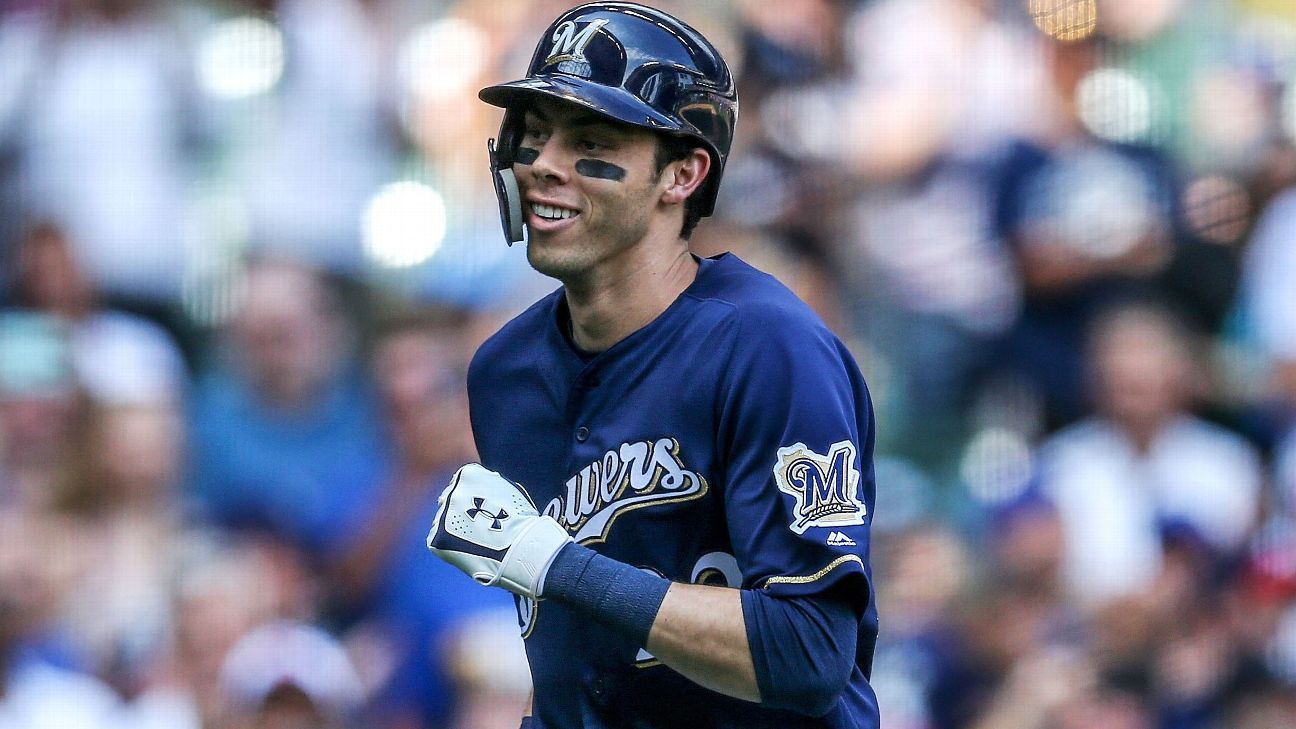 MILWAUKEE — Brewers star Christian Yelich has returned to the lineup after missing five starts because of a back injury.

The 2018 National League MVP was set to bat third and play right field Tuesday night when the Brewers hosted the Minnesota Twins.

Yelich leads the NL with a .335 batting average, and his 39 home runs are tied for the most in the majors with Mike Trout of the Los Angeles Angels.

Yelich pinch hit on Sunday and struck out in the Brewers’ 1-0 loss to the Texas Rangers.

The lefty-swinging Yelich missed six consecutive games from April 29 to May 4 while dealing with a back issue. He has not been on the injured list this season.

Maple Leafs F Matthews will skip All-Star Game
Saracens entered £1.3m player venture
Jeter’s rocky post-playing career could never taint his time as a Yankee
Police investigating Gritty over alleged punch
KHL player poll: All-Stars on the next city to get a team, misconceptions about the league and more