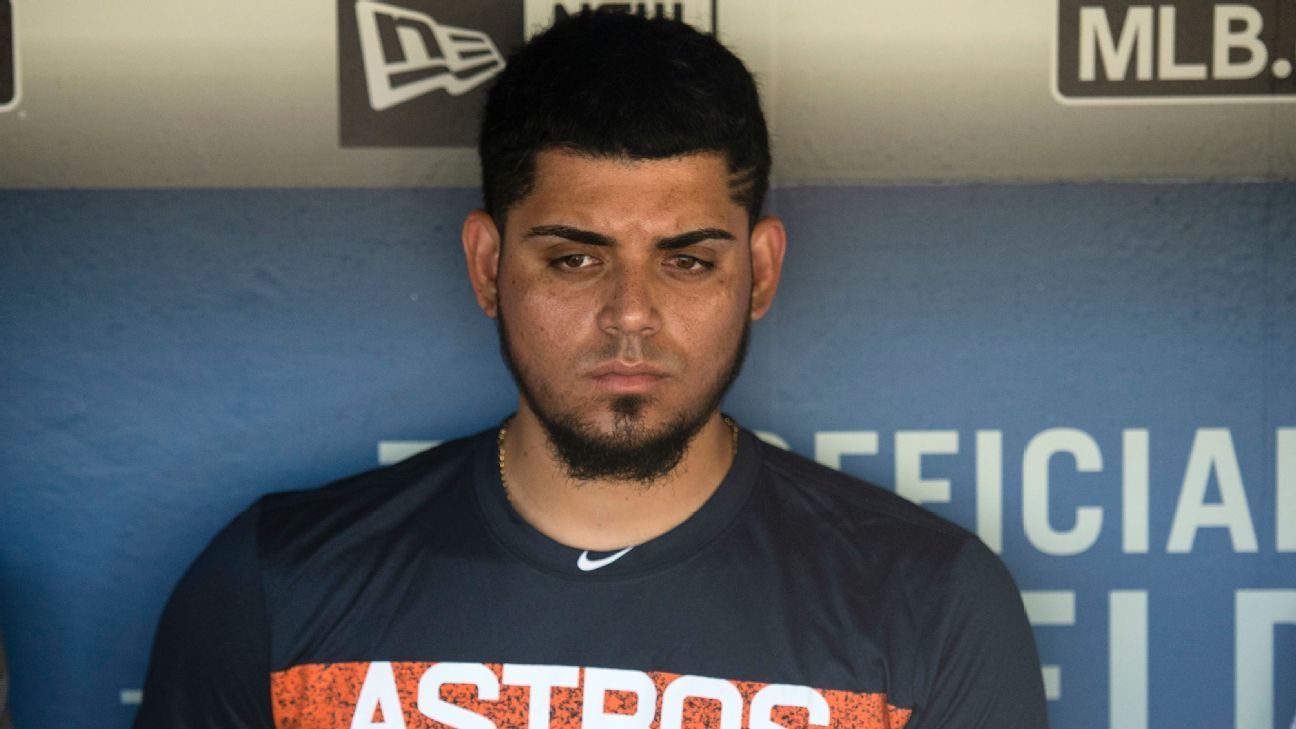 Roberto Osuna made his debut for the Houston Astros on Monday night in San Francisco, one day after being activated following a 75-game suspension for violating Major League Baseball’s domestic violence policy.

Osuna, appearing in the bottom of the eighth inning with the Astros trailing the Giants 1-0, retired three straight batters with two fly balls and a groundout.

Osuna (1-0) got the win after Marwin Gonzalez hit a three-run homer in the top of the ninth, putting the Astros up 3-1, and Hector Rondon came on to get the save.

Houston acquired Osuna last week while he was still serving his penalty. The righty reliever was arrested and charged with assaulting his girlfriend May 8 in Toronto. Few details have been made public and the next court date in the case is scheduled for Sept. 5.

The Astros have received much criticism for acquiring the former All-Star closer, who met his new teammates Sunday and addressed the club for 10 minutes in a closed-door meeting.