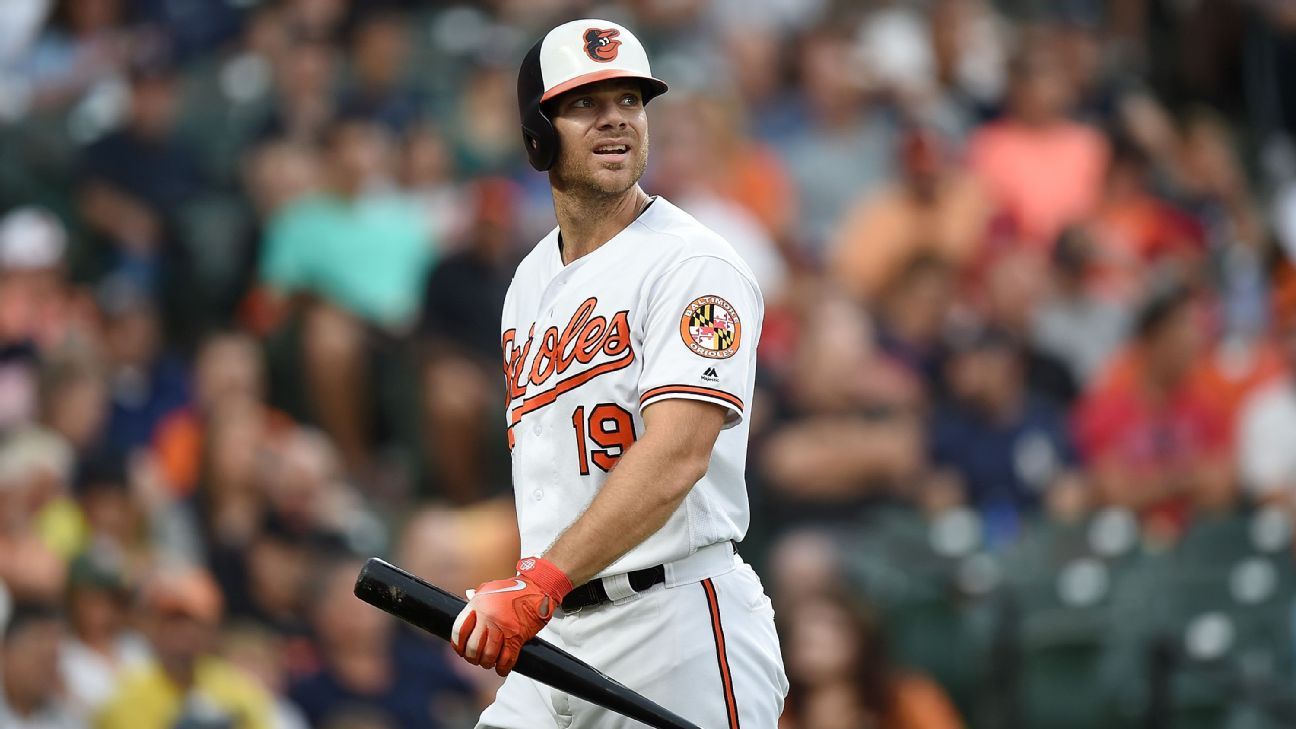 “That was really kind of the breaking point,” said Davis of what led to his public disagreement with Orioles manager Brandon Hyde, which was caught on camera during Baltimore’s 14-2 loss to the New York Yankees on Wednesday. “I think it’s pretty obvious the offensive struggles I’ve had for quite some time. I feel like night in and night out, I’ve done a real good job of still being there on defense and trying to pick guys up, and at that spot in the game, at that point in the series, that was kind of where it all … like I said, I hit a breaking point.”

Prior to the heated exchange, which occurred in the middle of the fifth inning during the finale of Baltimore’s 10th straight home loss to the division-rival Yankees, the O’s first baseman failed to scoop a throw from Jonathan Villar, allowing Aaron Judge to reach. The next batter, New York’s Gio Urshela hit a two-run homer to give the visitors a 6-1 lead.

“It’s gonna happen. It’s gonna happen when you have that much frustration, when you’re constantly having to deal with failure, you’re gonna have episodes where you just have to let it out,” Davis added. Unfortunately, it was in the dugout. I wish it hadn’t been. I wish it had been underneath [in the tunnel to the clubhouse], but it happened, and I can’t go back and change that.”

Davis, who was lifted for a pinch-hitter following the confrontation with his rookie skipper, said that he left the clubhouse on Wednesday prior to the final out, so as not to be a distraction to his teammates. The Orioles had an off day yesterday, which Davis spent regrouping with his wife and three young daughters.

“I just spent time with my family. That’s really the only way that I know kind of how to escape, is just to be a dad, and be a husband,” Davis said. “I enjoyed the time with them, but I look forward to coming back in there and getting back to work with these guys.”

Upon returning to work on Friday, the 33-year old veteran spoke with Hyde for the first time since Wednesday’s incident. The left-handed hitting Davis is not in Friday’s starting lineup for the Orioles, who face Houston Astros southpaw Wade Miley.

“We sat down today and talked, I don’t know, over an hour,” said Davis. “That’s just kind of when it all went down, I guess. We both knew that we had an off day. I think it was probably best that we did, just to kind of give us a little bit of time. I didn’t think about it a whole lot. I tried not to. I think he was kind of in the same boat. When we’re not here and we’re not in uniform, we’re not working, we’re just regular human beings. I think he took a little time away from everything just to relax.”

Davis said that he’s confident that his relationship with Hyde won’t be damaged by recent events.

“I knew right after it happened that we were gonna be fine. It was just one of those things, and we are [fine]. Like I said, it happens over the course of a season, that as a young team going into the season and all the challenges that you’re gonna face and everything that you’re gonna have to try to overcome, that are gonna be nights where it’s frustrating, and that’s kind of really, for me, that’s what happened. It all boiled over, and it wasn’t just from that play. For me, it’s been for the last couple weeks.”