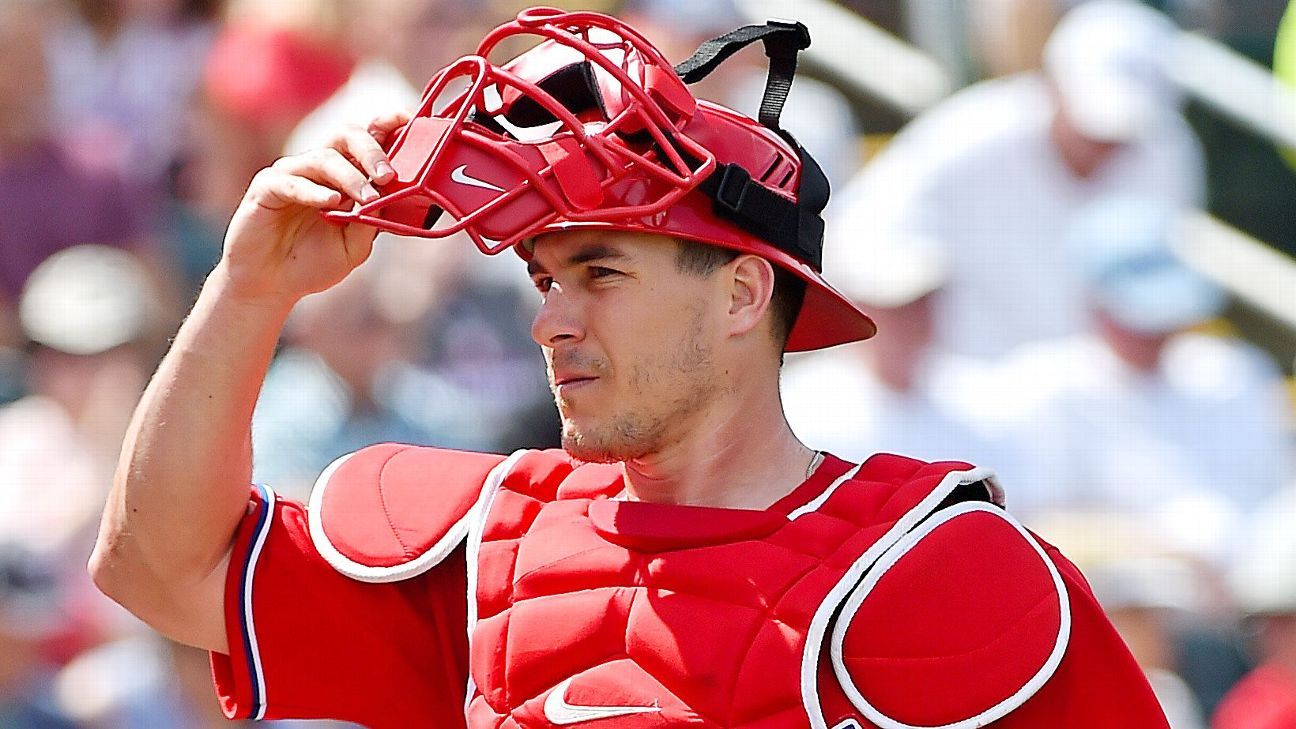 The checklist in the life of a big league catcher includes the regular chore of pitch-block practice. At about the same time that the ballpark food service staff check in and begin to stock the concession stands, hours before the gates open for fans, the catcher will don his shin guards, gather equipment and trudge out to the bullpen, accompanied by at least one instructor.

A coach launches baseballs at him, using either a pitch machine or a fungo bat, and from these sessions, small spots of discoloration will linger on his biceps or forearms. If you meet a former player and his fingers point east, north and west, odds are he was a catcher.

There is time spent on pitch framing, the outer laces of the glove subtly turned inward as the ball is received to feed the perception that a pitch is a strike. The catcher’s pregame work sometimes shifts onto the main field, where the act of throwing to bases is repeated, from the crouch to the (hopefully) quick setting of the feet to the fizzing sound of the ball zipping over the mound.

For the catcher, there is extensive video work, opposing hitters to be studied, scouting reports to be read. There is a meeting with the starting pitcher, and depending on that guy’s personality and preferences, there might be a last-minute review of possible pitch selection or the plotting of an ambush, maybe a discussion about the metrics of that night’s home plate umpire. Or maybe the catcher will mostly listen, if the starter is an alpha pitcher, a la Justin Verlander.

Long ago, the phrase “tools of ignorance” was assigned to the position of catcher, and there could be no more misleading cliché. Those many thousands of hours of pregame preparation, as well as lifetime membership in the both the pitcher and position player fraternities, are why former catchers have graduated into becoming managers so often.

But once the electronic strike zone is implemented sometime in the next few seasons, a lot of the skill and nuanced understanding required to play catcher will become obsolete.

How much will the Yankees miss Luis Severino? Not as much as you think
Chinese swimmer Sun Yang will appeal CAS ruling after eight-year ban
Morant on Westbrook: ‘He’s highly disrespected’
What if Mike Trout had been on the 2017 Astros? It could have happened
D-Wade echoes Kobe in Heat jersey retirement