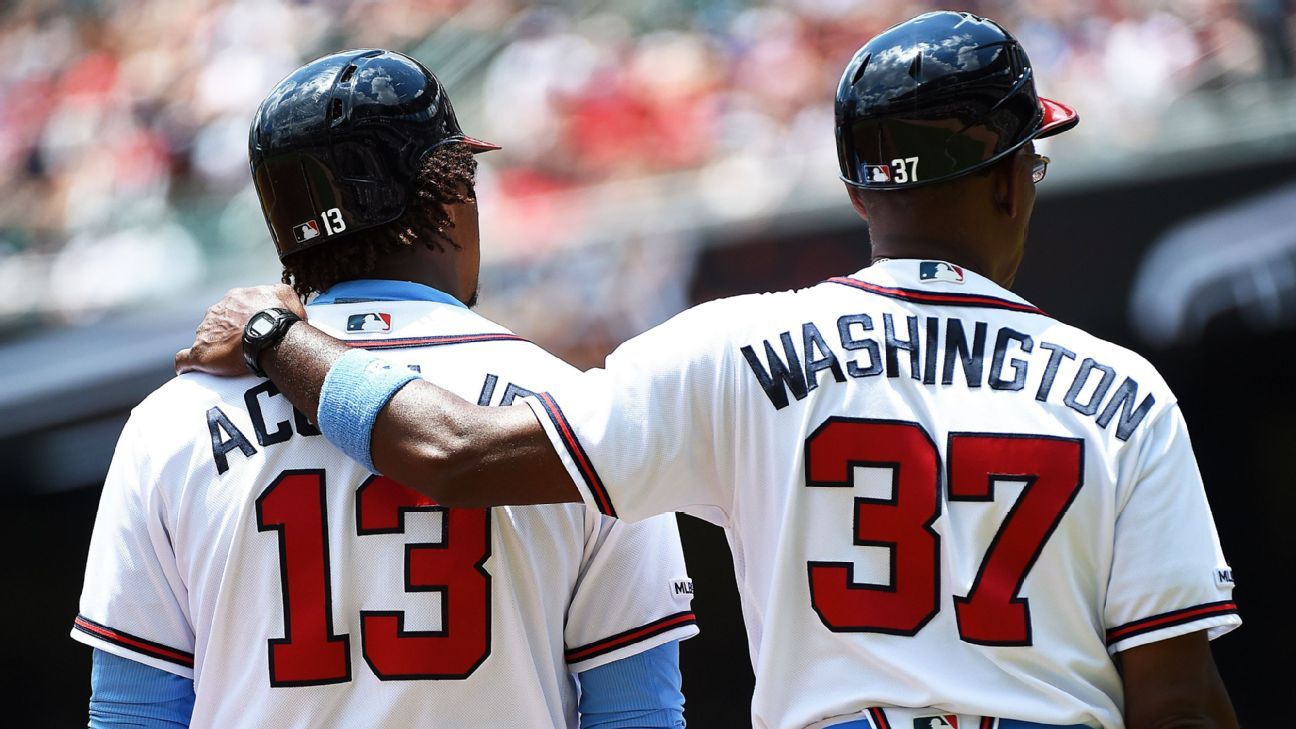 You love baseball. Tim Kurkjian loves baseball. So while we await its return, every day we’ll provide you with a story or two tied to this date in baseball history.

Former President George W. Bush is a huge and knowledgeable baseball fan. He owned the Texas Rangers from 1989 to ’94. I was living in Dallas then, so I saw him quite often at the ballpark. So, on this night, through columnist George Will, a devout lover of the game, Mr. Bush arranged baseball night for 17 people at the White House. We ate in the private residence.

The full “On this date …” archive

This is not political. I am not political. I can name all the Triple Crown winners; I can’t name all the presidents. I am hopeless. I like Mitt Romney just because of his first name. And I like George H. W. Bush because he played first base for Yale, and like Rickey Henderson, he was the rare position player who batted right-handed and threw left-handed.

Dinner at the White House was the coolest night. It began with the delightful Mrs. Bush, the most gracious host you could possibly imagine, giving us a personal guided tour of a portion of the White House, including the Lincoln Bedroom. We walked past a room that, a presidential aide whispered to us, was “where the president watches baseball.” Then we had the most perfect meal ever, which included Angus Beef Triple Play and Field of Greens.

During dinner, 17 people who loved the game, including Orel Hershiser, Harold Reynolds, Jon Miller, Mark Grace and Derrek Lee, talked about the game. We told stories, but the best part was, the President of the United States had plenty of stories from his days as the owner of the Rangers.

He also repeated the story of the first-ball ceremony before Game 3 of the 2001 World Series. The President asked Yankees shortstop Derek Jeter if he had any first-ball advice. Jeter told him he didn’t need to throw from the top of the mound, anywhere on the dirt would do. And he told the president, “don’t bounce it, this is New York. They will boo you.” The President said he was about as nervous as he had ever been in his life, but he went to the mound and threw an athletic-looking strike. The emotionally charged crowd roared its approval. It was a stunningly powerful moment less than two months after the terrorist attacks of Sept. 11.

The president then took us into the Oval Office, which was an experience like none other. When the night ended, we met the president and Mrs. Bush at the elevator for handshakes and hugs. Mrs. Bush, so wonderful, so kind, said to me, “It’s so good to see you again, Tony.”

In honor of that unforgettable night, here is the All-Presidential, 25-man roster (24 presidents named).

Other baseball notes for May 22