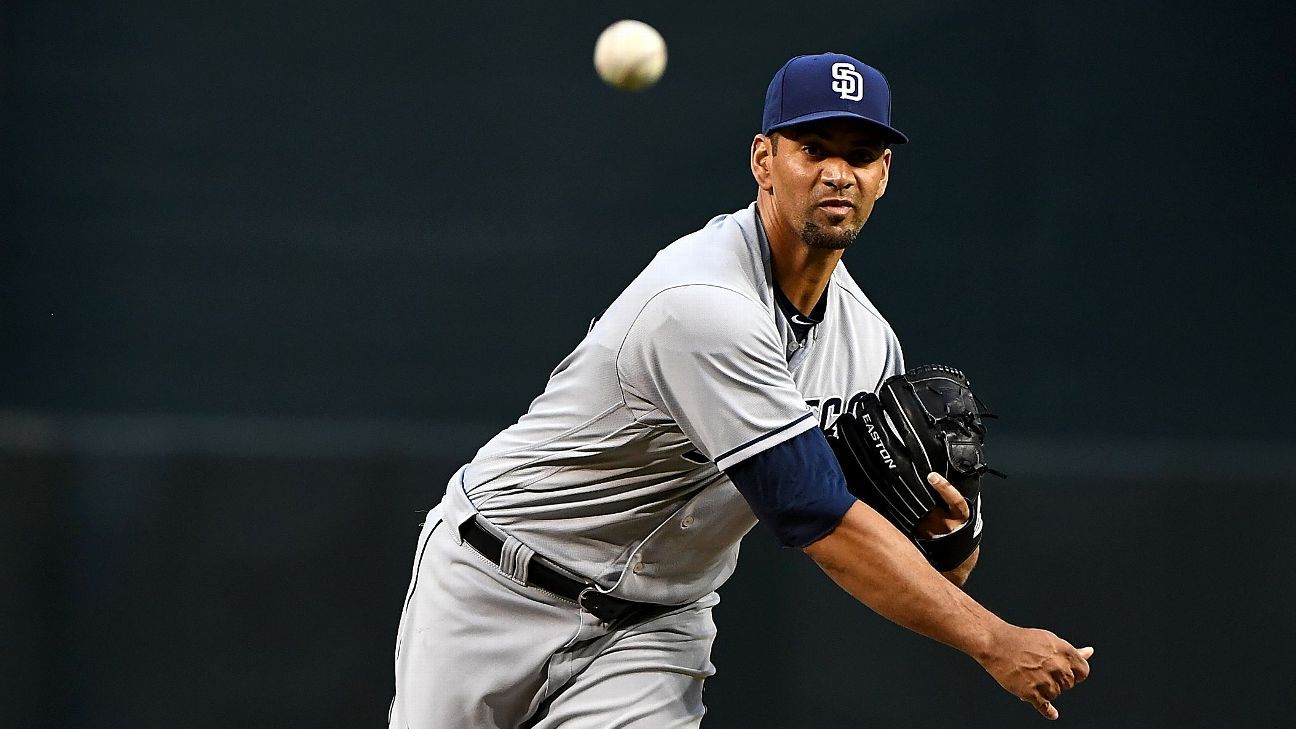 The San Diego Padres are letting two pitchers go after they were claimed on waivers: Tyson Ross by the St. Louis Cardinals and Jordan Lyles by the Milwaukee Brewers.

The 31-year-old Ross is 6-9 with a 4.45 ERA in 22 starts for San Diego this season. The right-hander was an All-Star in 2014 and has been the subject of trade rumors for several seasons.

He was the Padres’ Opening Day starter in 2016, but that was his only start of the season; he underwent surgery for thoracic outlet syndrome in October of that year.

The Cardinals have a hole in their rotation after putting Carlos Martinez on the 10-day disabled list July 31 with a shoulder strain. Ross, who has a salary of $1.75 million this season, will be an unrestricted free agent in 2019.

The Padres have the worst record in the National League. The Brewers are one game out of first place in the Central Division, while the Cardinals are in third, 7½ games back.