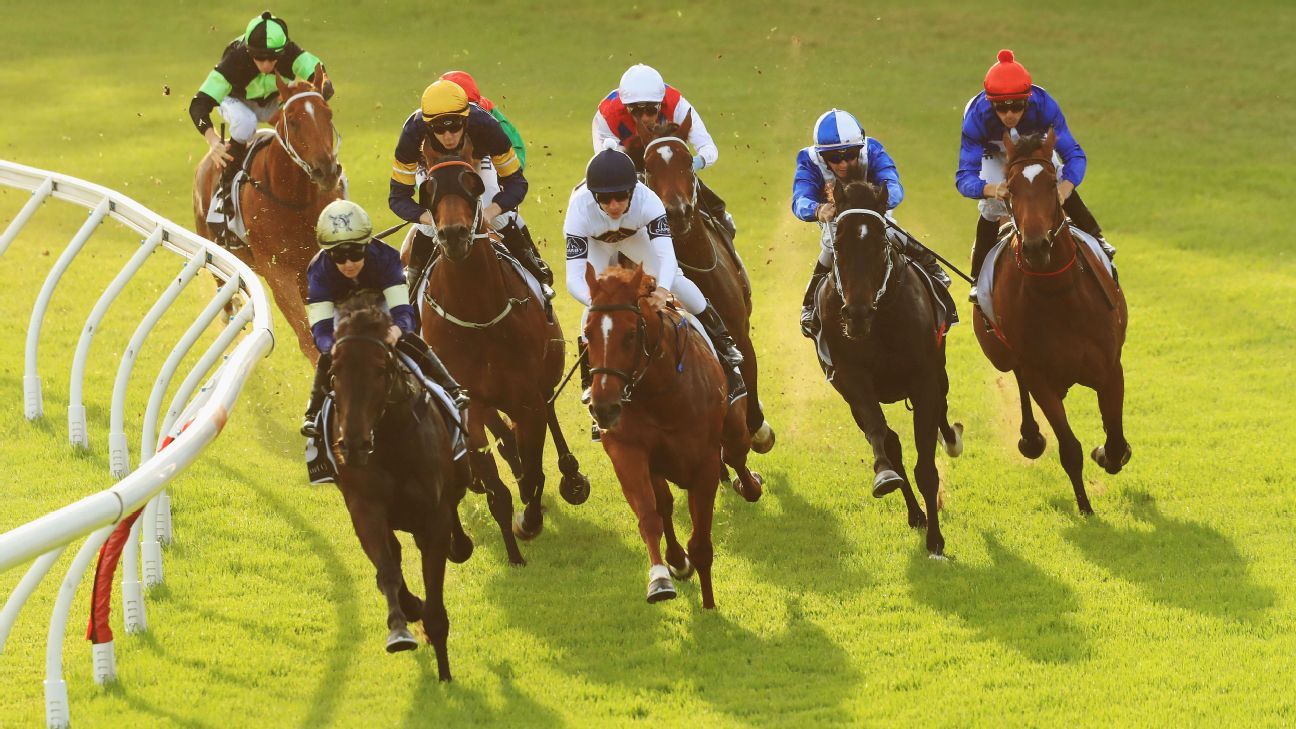 He’s lined up favourite in three of his four starts and was hard in the market in the other, but Foreign Territory has won just one of those; there might have been a few punters burnt by the Tulloch Lodge gelding.

But I do believe he’s a promising type that’s going to come into his own over a mile plus, and now back up to the 1550m here, in what appears to be a race of average standard. I can see him dictating terms and leaving his rivals a merry dance.

Some may have viewed his last start sixth at Rosehill a disappointment, especially considering he was second pick in the market. But I never though that race was going to suit him anyway; going back to the seven furlongs, despite the month between runs was never really going to be his go, and it will pay to forgive that effort.

Hopefully that starts with a win here.

She’s Deluxe was sent to Wangaratta for her debut back in May by her trainer Mick Price, and was hard in the market and expected to perform well. But she raced like a filly that’s definitely going to be a middle distance to staying type.

That race was over a mile and when the leaders started to ramp it up in front, she was left a little flat-footed, got lost in the ruck as other runners came around her, and looked set to run in the back half of the field. But she rallied late and actually hit the line quite nicely for fifth.

She now appears here for the first time since that effort, and you’d like to think that she would have derived some experience from that run. Secondly, you’d hope she’s furnished a bit more into her four-year-old season.

Price gets her to the mile again first up, but I think this time we’ll see a mare that’s ready to handle the pressure of a race. This isn’t strong, she probably has more upside than the rest of these, and I can see her taking a big leap forward at her second start and be winning.

A Lovely bred colt by All Too Hard out of a very smart Karrakatta Plate winner in Night War, Messerschmitt flashed above average ability at his lone juvenile campaign. Running well on debut in a listed race, he won a good maiden at Ballarat, before perhaps training off when failing in a rich Inglis graduates race at Caulfield behind Kinky Boom.

He returns at three here against the older gallopers, but they are a pretty limited bunch, and with further improvement I think Messerschmitt could well be a black type performer; if he’s close to that he’ll be going close here.

On her day, Miss Wonderland is a talented short course mare, as evidenced by several performances including a win over the ultra-smart Sprightly Lass, but she’s clearly been a galloper with issues.

She’s in a new stable here with Kris Lees and he sent her around in a recent Taree trial where I thought she strode out nicely.

She tends to race very well fresh and should be able to take a spot just off what looks like a very solid speed. If she’s right physically, she’s got a bit of class on most of these. At almost double figure odds I won’t be missing out.