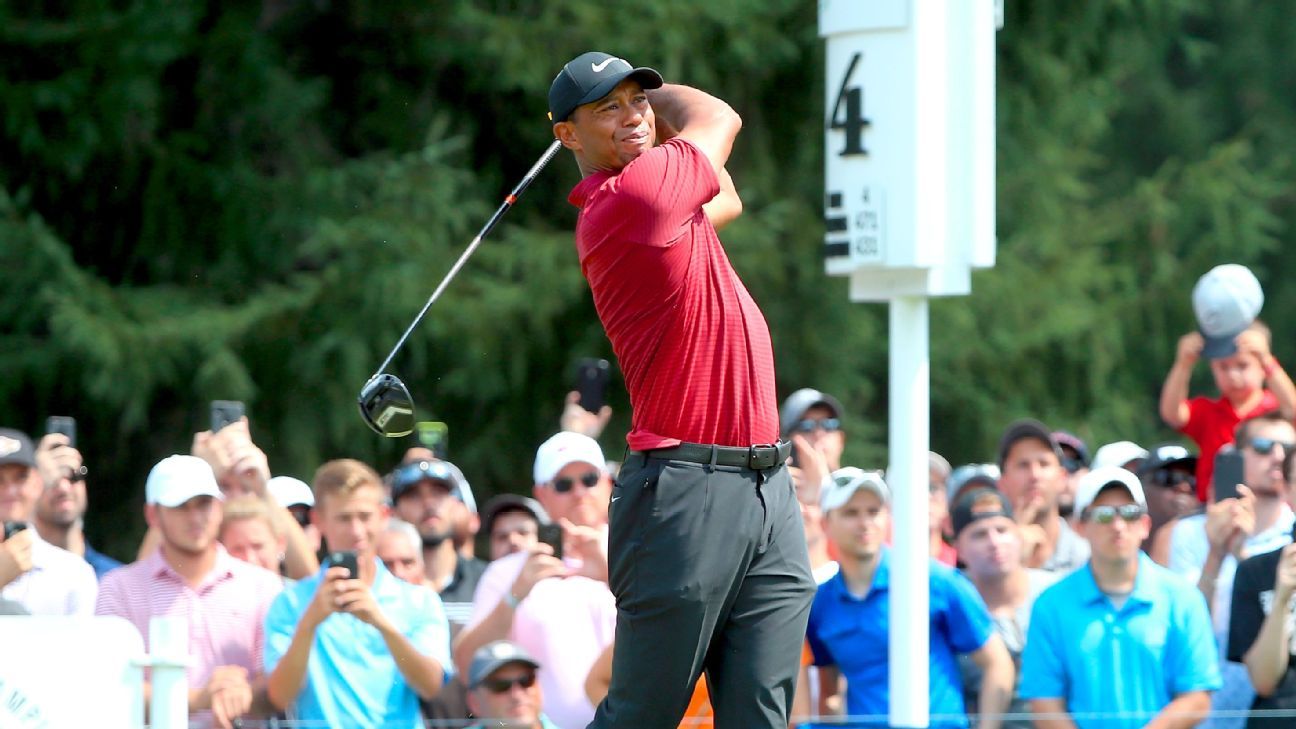 AKRON, Ohio — Like he has done so many times before, Tiger Woods fired an iron shot toward the 18th hole at Firestone Country Club on Sunday, with thousands of cheering spectators watching him convert the birdie putt.

Unfortunately for Woods, he was doing that while the leaders of the WGC-Bridgestone Invitational were making their way to the back nine, with the eight-time champion of the tournament well out of contention.

Woods’ weekend at Firestone — where he has eight victories — did not go as he had hoped, with a pair of 73s among his worst performances at the venue. His five pars tied for the fewest he has had in any round in his PGA Tour career. He also had six birdies, five bogeys and two double-bogeys. Only his weekend rounds of 75-77 in 2010 were worse than this effort at this course.

But Woods seemed to take the uneven performance in stride, recognizing that he is not always going to be at the top of his game and setting his attention toward this week’s PGA Championship in St. Louis.

“Well, today I was just trying to be as aggressive as possible and fire at everything,” said Woods, whose tie for 31st was his third-worst at this tournament dating to 1999. “It was either going to be 62 or 63 or something in the mid-70s. I was just going to be aggressive and see what happens. I was so far back that I had to play a great round just to get in the top 10. Sometimes it works out. Sometimes it doesn’t.”

It started well enough, with birdies at the first two holes. But Woods again appeared out of sorts, missing numerous fairways — no matter the club — to the left and struggling to find any consistency.

It was a different scene from two weeks ago, when Woods was in the thick of contention at The Open, leading with eight holes to play before a tie for sixth helped him qualify for the final WGC event at Bridgestone.

“I didn’t hit the ball as clean as I wanted to,” he said. “I only putted well the first day. I struggled hitting the putts hard enough this week. It felt — looked faster than they were putting for me, and I just struggled making that adjustment.”

He also didn’t prepare as well as he had for other events. Woods did not dispute the fact that before each of the 12 tournaments he played this year before the Bridgestone, he spent some amount of time practicing the week before the event.

That had been missing during recent years in his aborted attempts to play with back problems but was a big factor in his relative success this year. But after The Open, Woods stayed in Europe with his family and went on a Swiss vacation. He didn’t return to his Florida home until Monday and didn’t hit balls until Tuesday.

“I didn’t hit as many balls as I normally would going into an event, but I needed a break,” he said. “I pushed it hard through The Open and needed a break because this stretch coming up here is going to be a big stretch starting this week and through the playoffs.”

That will be of interest going forward as Woods balances preparing for tournaments with making sure he does not do too much. He hinted at nine-hole practice rounds at Bellerive. After the PGA Championship, Woods will take a week off before the FedEx Cup playoffs. He has committed to the first two tournaments and is all but a lock for the third, which means a lot of golf for him over the next month.

As for Firestone, it has been an amazing run for Woods at the course that will no longer be host for the tournament. It is moving to Memphis next year. In 10 tournaments from 1999 through 2009 (he missed 2008), Woods won seven times and had no finish worse than fourth. He won eight times in 15 appearances at Firestone.

He also finished third and fifth in his two appearances in the old World Series of Golf that was played at Firestone before the start of the World Golf Championship events.

“Now it’s become a bigger event, but unfortunately, we have to move on. The guys that I grew up playing against are going to be playing here next year [in a Champions Tour event]. We’ll see how they play it.”

Which active players are headed to the Hall? Our choice for every NBA team
Dabo: ‘Zero doubt’ college season starts on time
Edgbaston to become COVID-19 testing centre
Blue Jackets D Jones skating after ankle surgery
Vegas coach Peter DeBoer on the NHL’s coronavirus pause, and coaching a team that hated him