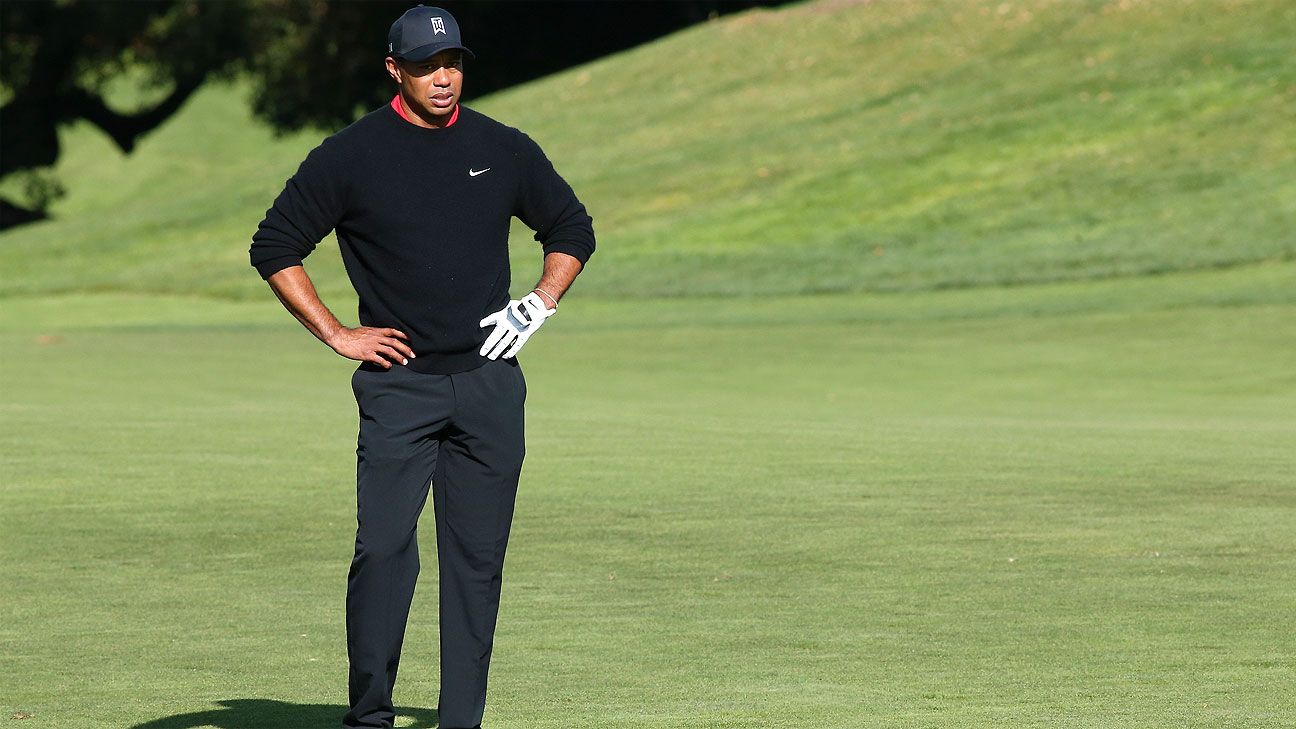 ST. LOUIS — Heavy rains and thunderstorms limited Tiger Woods to just five holes of practice on Tuesday at Bellerive Country Club as he prepares for this week’s PGA Championship.

A day earlier, it was his choice to not play at all, which furthers the theory he was not quite right physically over the weekend in Akron, Ohio.

Coming off a lackluster performance in the WGC-Bridgestone Invitational, Woods arrived in St. Louis on Sunday night, then had caddie Joe LaCava do a scouting mission at Bellerive while Woods sought to rest and rehab with the help of ice baths.

“I needed that day off,” Woods said. “Yesterday I spent a few times in the ice bath just trying to get some inflammation down and just trying to get ready for the rest of the week. And a lot of stretching. Did leg lifts as well and was ready to go for today.”

Woods, who will play in his 14th tournament this year after returning from a fourth back surgery, a spinal fusion, over a year ago, did not get specific when asked about the ice baths, saying only it was the third time this year he has done so.

But anecdotal evidence would suggest that Woods had a stiff back on Saturday when he shot a 73 at Firestone Country Club, making just one birdie. And on Sunday, although he made six birdies in a round of 73, he had trouble keeping the ball in play and was struggling with his swing.

“It’s just that there’s going to be certain days that I’m just not going to have the speed and flexibility and the movement that I once did,” Woods said. “I’m 42 now and I’ve had four back surgeries. So things are going to be different from day to day, and it’s just about managing it. I didn’t really have those issues when I was early in my career because I didn’t have a fixed point in my back. My knee used to hurt a lot, but I could play around that. Playing around my spine’s a little bit different.”

Perhaps the lack of preparation will do Woods some good as everyone in the field is faced with the same situation this week. Many who competed last week at the Bridgestone took Monday off and had aborted practice rounds on Tuesday.

And Bellerive is not a familiar course, as it last hosted a big event 10 years ago when the BMW Championship was played here. Only 13 players from that tournament are in the field; Woods missed it due to knee surgery he had that year after winning the U.S. Open.

His only other experience at Bellerive came in 2001, when he was preparing for the American Express Championship that was canceled due to the Sept. 11 terrorist attacks.

Woods has not played the PGA since 2015 at Whistling Straits, where he missed the cut. This will be his 19th appearance in the tournament he has won four times.

How the Golden Knights drove Vegas hockey-mad — and how they plan to keep it that way
Wilder at heart: The tallest tales about the heavyweight champ
Sources: NFL CBA vote set to go to membership
Thiem trails Mager in rain-delayed Rio quarterfinal
‘I’ll need to be in better shape than two years ago’ – Thomas aims for Tour de France and Olympic glory