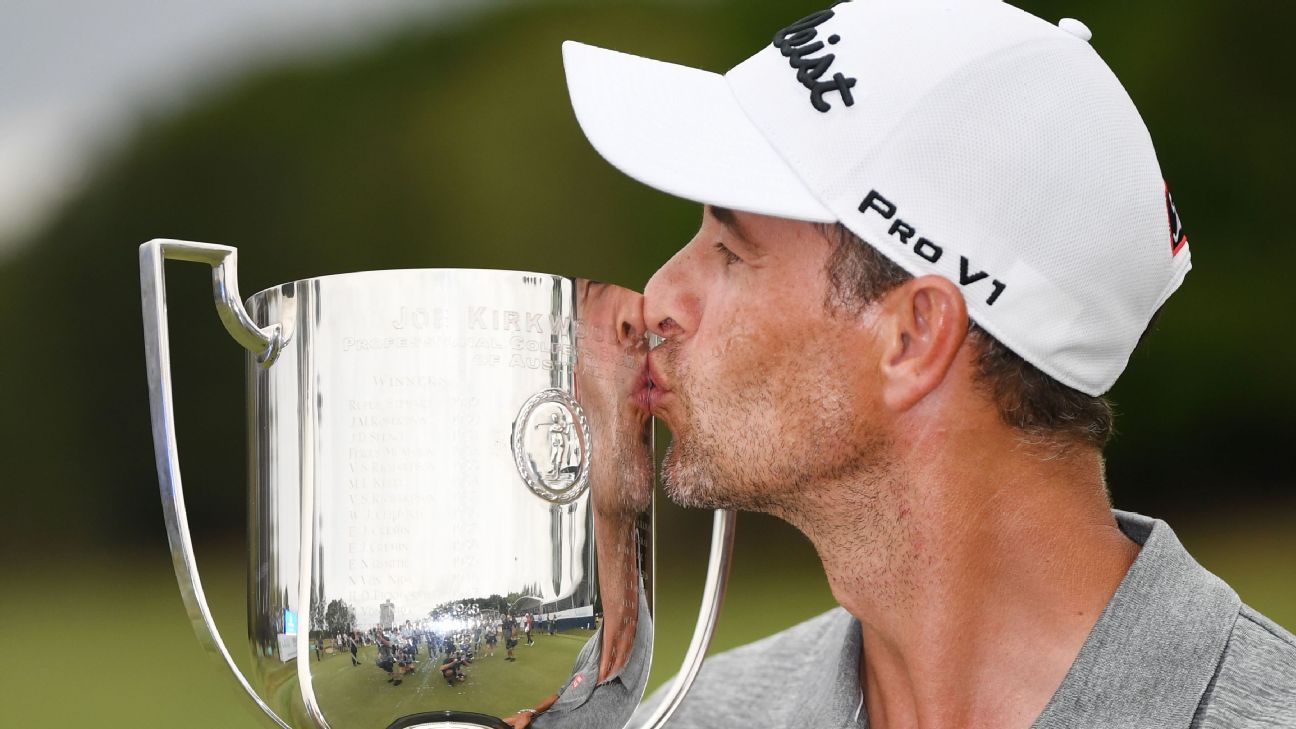 Scott’s win gave him the 30th title of his professional career and his second Australian PGA crown after his win at Royal Pines in 2013. He was edged into second place by compatriot Greg Chalmers in a thrilling seven-hole playoff on the same course in 2014.

Scott’s previous tournament win came 3 years, 9 months, 16 days ago at the WGC-Cadillac Classic in Miami, where he beat Bubba Watson by a shot.

His win in front of a home crowd — he has a house close by — completed a solid year and lifted him from 18th to 13th in the world rankings.

Scott finished with a 72-hole total of 275, 13 under par and two shots ahead of New Zealand’s Michael Hendry, who matched Scott’s final-round 69. Former U.S. Amateur champion Nick Flanagan shot 70 Sunday to finish among a five-way tie for third place.

Scott came into the final round with a one-shot lead over Hendry but fell a shot behind the Kiwi after 11 holes.

He had an unplayable lie on the 12th but got up and down for par, and that was the turning point in his final round. He played the next three holes 3 under par to surge past Hendry into first place.

Hendry’s winning chance evaporated when his approach on the 17th hole clipped trees and plunged into a greenside bunker. He made bogey to fall two shots behind Scott, then bogeyed again when he three-putted the 18th green to give the Australian a three-shot lead coming to the final hole.

Scott went through the green at the 17th but saved par, then could afford his bogey on 18 and still claim the title.

“After a good save on 12 it was time to do something, and I was behind so there was opportunity for everyone and I was the one who took them today,” Scott said.

“I’m stoked. This has been a long time coming and I’m really happy to win another PGA here. It finishes off a nice year for me.”

Hendry battled a painful rib injury over both of the final two rounds and only gave up his title bid with bogeys at the final two holes.

Flanagan was in the mix until late in the final round but had a disastrous double-bogey at the 13th, bogeyed the 14th, then finished with bogey to drop back into a tie for third.