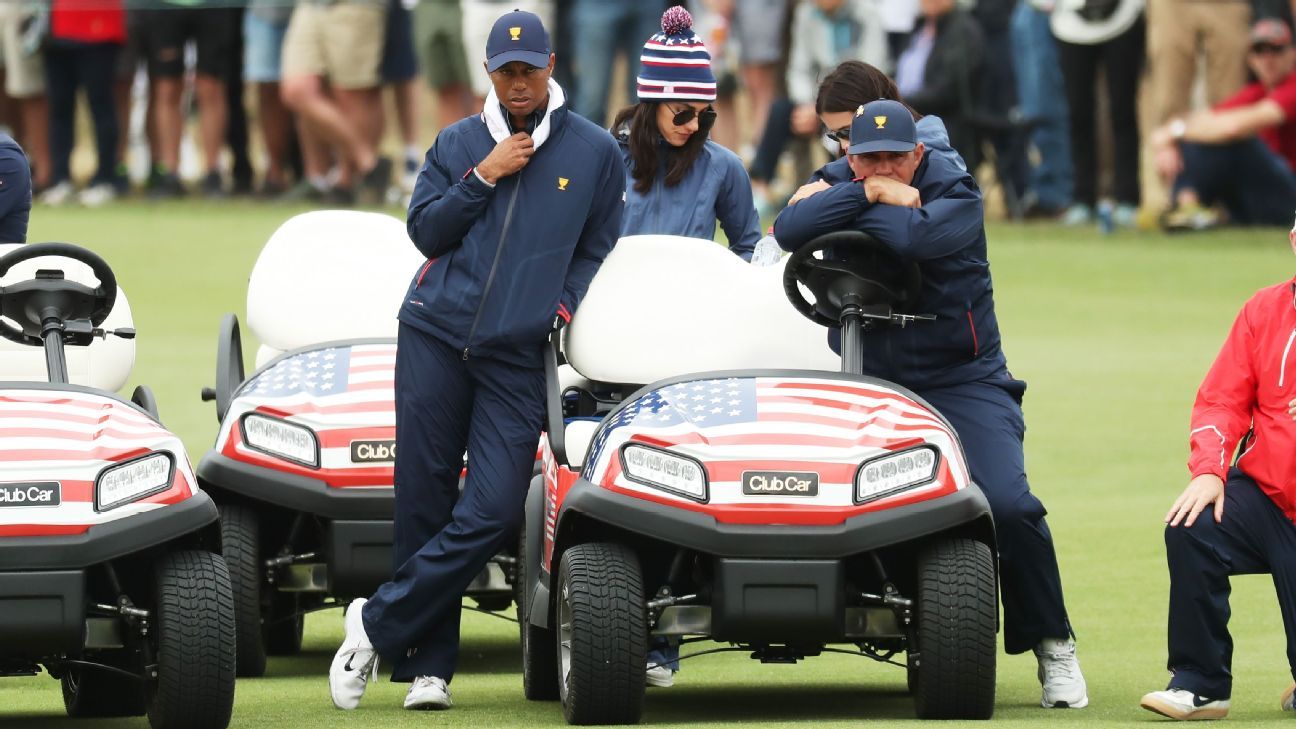 MELBOURNE, Australia — Tiger Woods wasted no time in putting himself back to work, grabbing the first spot for the Americans in Sunday singles at the Presidents Cup.

Woods, the U.S. playing captain, sat out both sessions on Saturday after going 2-0 in his matches and watched his team rally from a big deficit to the International side to pull within 10-8 with 12 singles matches to go.

With a 6:02 p.m. ET start (Sunday), Woods will face Mexico’s Abraham Ancer, who is 3-0-1 in his first Presidents Cup – and last month said he’d love nothing more than to go against Woods on the final day.

“I would like to play against Tiger,” Ancer said at the Mayakoba Classic. “But the truth is that our objective is to do everything we can to win. Winning a match in singles would be very special, so we need to try to get the Cup.”

The International side has rarely been in this position. Aside from a 1-point loss four years ago in South Korea, many of the competitions have been virtually decided at this point.

In 12 previous Presidents Cups, the U.S. leads 10-1-1. The lone tie came in 2003 while the only victory for the International side was in 1998 at Royal Melbourne, when Jack Nicklaus was the U.S. captain.

For Woods to avoid a similar fate, he can help his own cause while also getting some production out of three U.S. players who have yet to earn any points: Webb Simpson, Patrick Reed and Bryson DeChambeau.

He has Justin Thomas, who is 3-0-1, going up against Australia’s Cam Smith in the 10th match. Rickie Fowler will play another Australian, Marc Leishman, in the 12th and final match.

The International side needs some combination of 5.5 points to win the Cup; the U.S. will need 7.5. The individual matches can end in a tie and if the overall match ends at 15-15, the two sides with share the Presidents Cup.

Woods came under some scrutiny for electing not to play Saturday. He played so well during the first two days, and it suggested he had a plan and was sticking to it. He denied any kind of injury or illness.

“We’ve had numerous plans going into this week,” he said. “My obligation as a player was to play two matches. One team match and one singles. We’ve had different scenarios, different pairings and different things happen. That’s just part of playing team matches.

“We’ve had I think a good formula for this event, and unfortunately we’re down 8-10. But we’re excited about tomorrow and getting after it.”