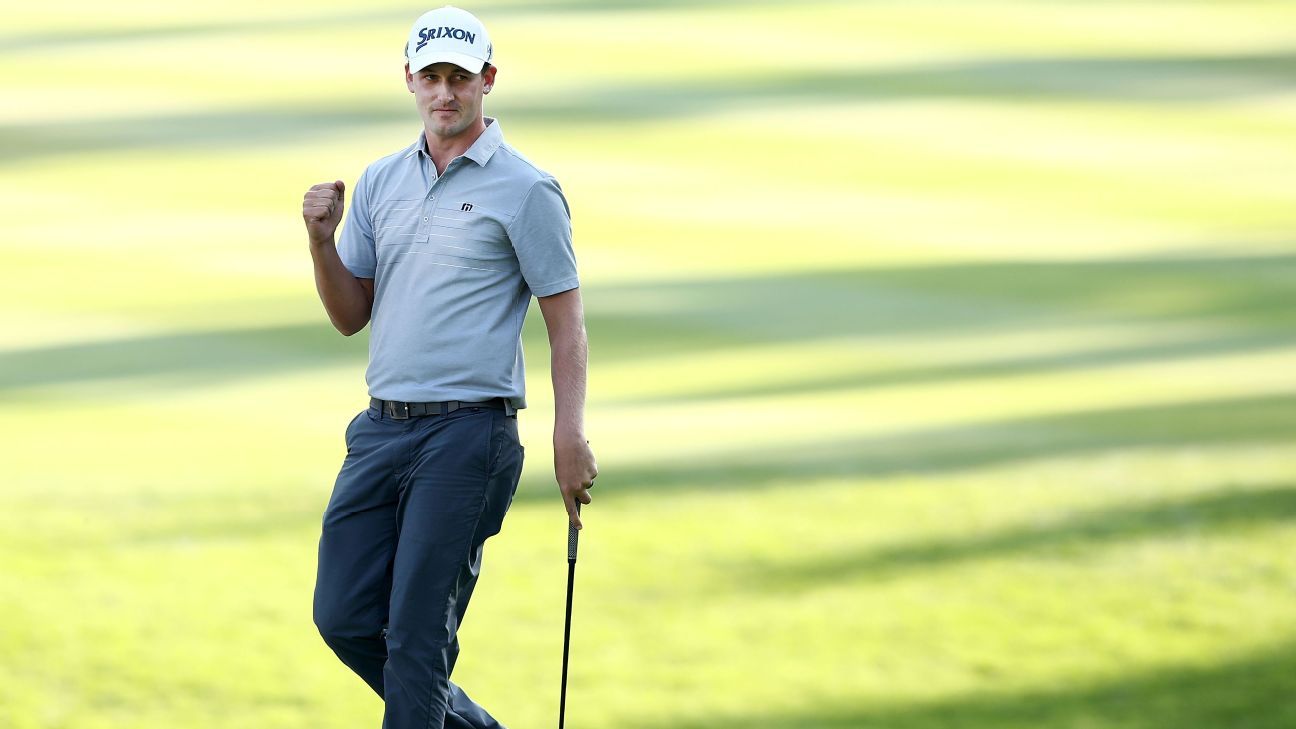 Putnam closed with a 22-foot birdie putt from off the front of the green on the par-5 18th when a bogey would have been enough for the breakthrough victory at Montreux Golf and Country Club.

Putnam earned $612,000, a two-year tour exemption and a spot next week in the PGA Championship at Bellerive Country Club in St. Louis. The 29-year-old from Tacoma, Washington, also jumped from 55th to 31st in the FedEx Cup standings.

The winner had nine points in the round and 47 overall under the format that awards eight points for albatross, five for eagle, two for birdie and zero for par, and subtracts a point for bogey and three for double bogey or worse.

Campbell birdied the 18th, following his 22-point round Saturday with an 11-point day. The 44-year-old Texan won the last of his four PGA Tour titles in 2007. He went from 161st to 126th in the FedEx Cup race, with the top 125 after the Wyndham Championship in two weeks keeping their cards and earning playoff spots.

Monday qualifier John Oda, a former UNLV player, tied for third with J.J. Spaun with 38 points. Oda earned a spot in the Wyndham Championship with the top-10 finish.

First-round leader Ollie Schniederjans closed with an eagle to finish fifth with 36 points.

William McGirt was another point back after a 20-point round.