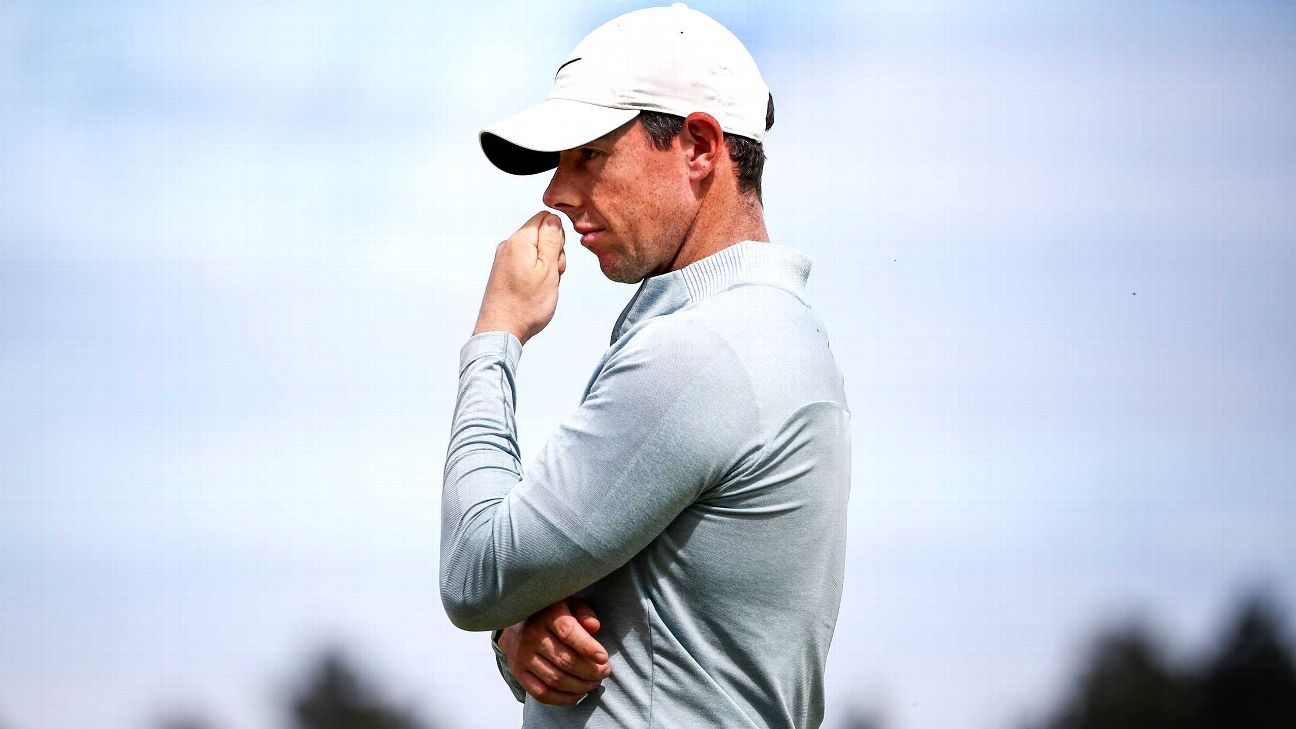 JERSEY CITY, N.J. – Rory McIlroy wants to see players penalized with fewer warnings. Brooks Koepka wonders why golfers just can’t be ready when it’s their turn. And Tiger Woods shook his head, lamenting a problem he’s seen going back to his earliest days in the game.

It has gotten a good bit more attention recently as Koepka, the No. 1-ranked player in the world, has become outspoken on the issue – his body language showed considerable annoyance when playing with J.B. Holmes during the final round of The Open last month.

McIlroy, also a fast player, suggested penalty-shot guidelines should be implemented sooner and more frequently and said a player should get a single warning and then the next time he has a bad time, get a one-stroke penalty.

“I don’t understand why we can’t just implement that,” McIlroy said at Liberty National, where he is playing in the Northern Trust, the first of three FedEx Cup playoff events. “We are not children that need to be told five or six times what to do. ‘OK, you’re on the clock, OK, I know if I play slowly here, I’m going to get penalized’. I think that’s the way forward.

“I think the guys that are slow are the guys that get too many chances before they are penalized. So it should be a warning and then a shot. It should be you’re put on the clock and that is your warning, and then if you get a bad time while on the clock, it’s a shot. That will stamp it out right away.”

The PGA Tour’s current timing rules rarely result in stroke penalties. If a group is deemed “out of position,” all players in that group are put on the clock and required to play shots in 40 seconds, longer if the first to play in the group.

But at that point, the player still get a warning if he has a bad time. It takes a second bad time for a one-shot penalty to kick in. Getting a warning results in fines that are not disclosed. Once the group is no longer deemed out of position, players are no longer timed.

“It’s gotten out of hand,” Koepka said. “It seems there are so many sports psychologist and everybody telling everybody that they can’t hit until they are read; you have to fully process everything. I take 15 seconds and go and I’ve done all right. So I don’t understand taking a minute and a half.”

Koepka said he has tried to slow down to purposely get put on the clock.

“That doesn’t seem to work because nobody will penalize anybody,” he said. “And you know what, even if I take over 40 seconds, penalize me. I’ll be the guinea pig. It doesn’t matter. It needs to happen.”

Woods seemed resigned to little happening. He said he knows of players who will purposely play slow when grouped with a slower player – hoping to get put on the clock so the entire group is forced to speed up.

“What about the guys behind them and the logjam that creates,’ he said. “We’ve been fighting that for, God, ever since I grew up watching the game, guys were complaining about slow play. We can only go as fast as the group in front of us goes.”

Bellinger on Astros, Red Sox: L.A. did it ‘right way’
Who could step in as Josh Taylor’s new head trainer?
Irving returns, leads Nets to easy win vs. Hawks
Flames’ Tkachuk still has Oilers’ Kassian fired up
Fantasy Picks: Does the law of averages apply to Stoinis?