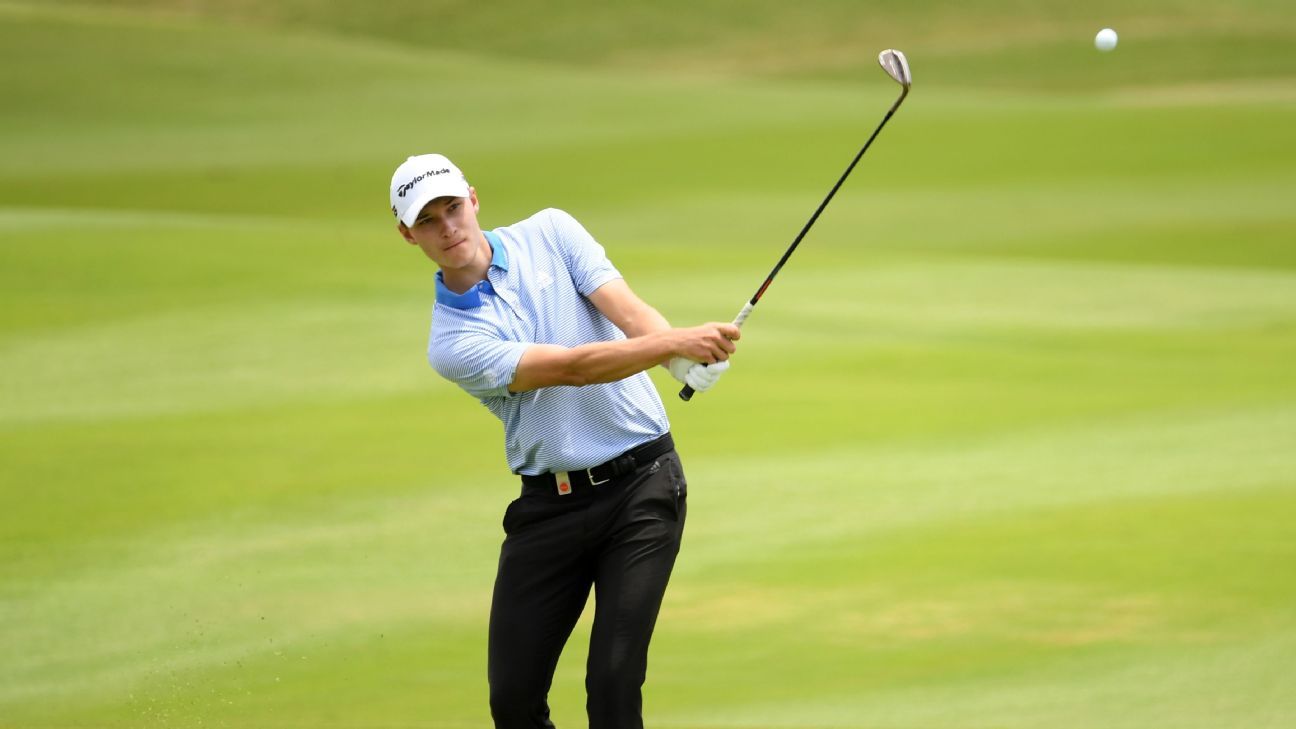 Rookie Rasmus Hojgaard carded a second-round 68 to take a share of the lead alongside Scotland’s Stephen Gallacher after 36 holes at the Oman Open on Friday.

Hojgaard, 18, was in the lead as he stepped onto the tee at the 17th hole, having already carded to five birdies and an eagle, but he faltered with two bogeys on the final two holes to take a share of the lead.

Hojgaard became the third-youngest winner in European Tour history when he won the Mauritius Open in December, just his second start on Tour.

Gallacher carded a superb bogey-free 67 after a solid spell in which he made six birdies over an eight-hole stretch. The 45-year-old will be looking to win his fifth European Tour victory. The Scot’s last victory came at the Hero Indian Open in March 2019.

Belgium’s Nicolas Colsaerts and Finland’s Kalle Samooja are one shot back in joint-second place. Samooja carded the joint-best score of the tournament so far with a lightening 65 that included nine birdies, a bogey, a double bogey and an eagle.