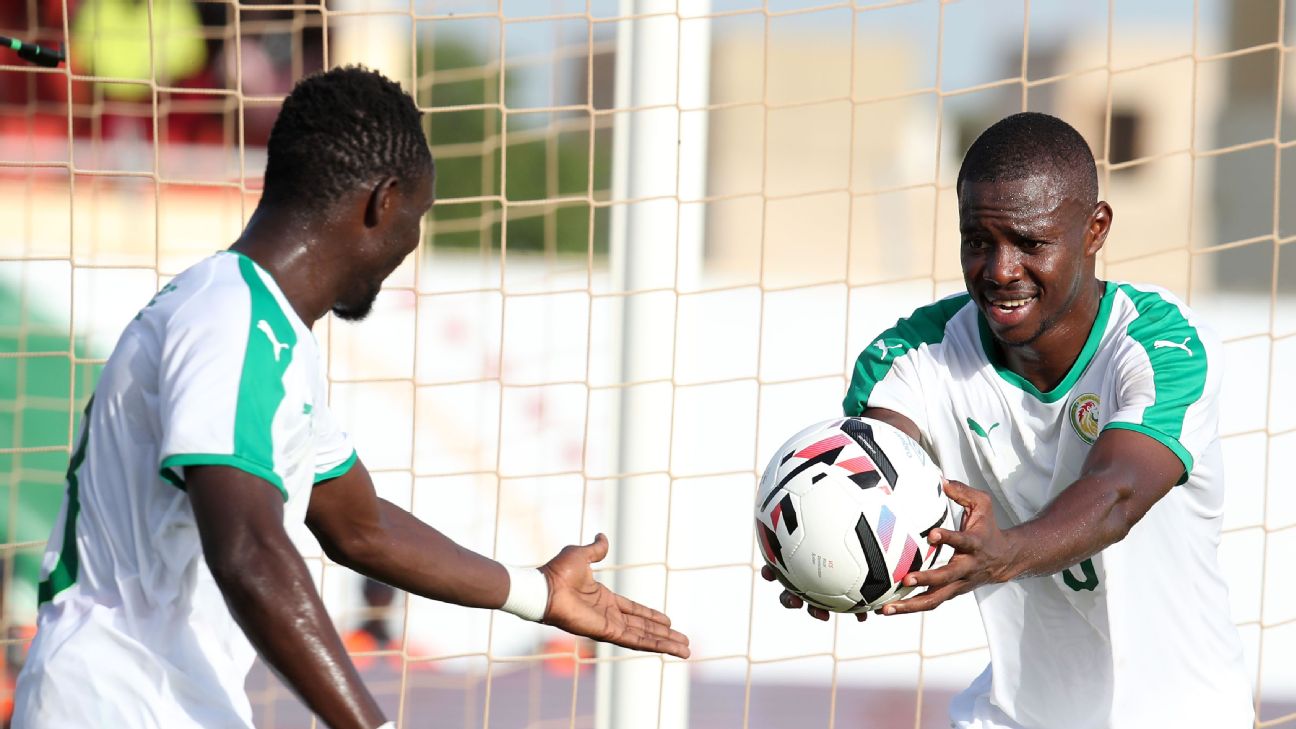 Hosts Senegal face a stern test when they meet Mali in Wednesday’s WAFU Cup of Nations semifinal, with Ghana set to square off with the Ivory Coast on Tuesday in the other final-four showdown.

The Teranga Lions have impressed on home soil, taking control early against Guinea-Bissau in their opening fixture, before dispatching Benin in Thursday’s quarterfinal.

They attacked vibrantly and fluidly in their first match, and while the Bissau-Guineans threatened a comeback after pulling one back, the midfield duo of Moustapha Name and El Hadji Mackie Kane represented a fearsome defensive barrier as Senegal saw out the contest.

The hosts boast a physicality and intensity that no other teams have matched, and naturally, passionate home support gives them an edge which makes them favourites to clinch the title.

“It’s so important for us to win, to make sure the supporters continue to come to the stadium,” attacker Assane Mbodj told ESPN. “It will be so again, in our following game, to keep them coming.

“God willing, we can make up for Senegal at the Africa Cup of Nations [the Teranga Lions were defeated by Algeria in the final], and we’ll do everything to win the cup.”

Their first victory was secured without four players from domestic champions Generation Foot, with the quartet away in Egypt on CAF Champions League duties.

Ultimately, their game against SC Zamalek was cancelled, and two of the four immediately stepped into the starting XI for the quarterfinal victory over a talented Benin side, with Khadim Diaw particularly impressive in defence.

While teams at the WAFU Cup have struggled to consistently create throughout matches, to impose themselves and to construct fluent attacking moves, the presence of the intelligent, hard-working Mbodj behind leading forward Youssouph Badji has ensured that their midfield links to their forward line better than the other contenders.

However, Mali have quality of their own, and are certainly capable of causing an upset.

Notably, the Eagles have taken early leads in both of their opening games; Issaka Samake fired them ahead from the penalty spot after three minutes in their opener against Niger, when the Menas panicked and brought down marauding wideman Mamaye Coulibaly to give away a spot kick.

In their quarterfinal against Sierra Leone, they again took command early, with Ali Badra Sylla heading them into a fourth-minute lead from which the Leone Stars never truly looked like recovering.

“Our match [against Niger] wasn’t very open,” said Eagles coach Diane Nouhoum in his post-match press conference, “but technically, we had more than our opponents, so we had chances and that always gives us hope.

“We know, again, that we have to do all we can not to concede, and we know that against Senegal that won’t be easy.

“Our defensive unit must work together, and we must find a good balance between our offensive work and our defence if we’re going to have another good game against Senegal.”

Coulibaly, a tall and ungainly winger, has been key to their success; contributing a magnificent assist for Kone in the opener, before setting up Sylla again in the second match.

How Senegal negate his threat could decide the outcome of Wednesday’s semifinal.

The least impressive of the four semifinalists, Ghana, have yet to truly shine in the competition so far; they laboured to a 1-0 victory over The Gambia in their opener, with Joseph Esso scoring the only goal of the game, before requiring penalties to dispatch Burkina Faso in their quarterfinal following a 1-1 draw.

Esso was again influential in this contest, dovetailing well with Mumuni Shafiu and providing the assist for the equaliser after Ilias Tiendrebeogo had put the Stallions ahead.

Ghana’s midfield are combative and solid, while Augustine Okrah provided a touch of class after being introduced from the start against Burkina Faso having been benched for the opener.

There is hope that the Black Stars will continue to improve. The players are short of match sharpness following the suspension of domestic football, while Asante Kotoko players only joined the squad late following their CAF Champions League commitments last weekend.

These caveats mean that Maxwell Konadu’s troops deserve the benefit of the doubt ahead of Tuesday’s meeting with the Ivory Coast, where the team’s brittle optimism will certainly be tested.

While some of Ghana’s players have voiced concerns about the team’s preparation and readiness for the competition, the Ivorians are a united and confident collective who have come to Senegal to win their first WAFU Cup title.

Their opening 4-1 victory over Cape Verde – the most convincing display by any side in the First Round – looked even more impressive in light of the latter’s triumph over Nigeria, with Laurent Magbi and Aboubacar Doumbia scoring two goals each.

Then they downed a well organised Togo side in the quarters, with penalties settling the contest following a 0-0 draw.

If Ghana can neutralise the Elephants as Togo did, then they have a fighting chance, and while Ivorian celebrations at the conclusion of their victory demonstrated the belief and the confidence of the group, they may yet prove premature.

This year’s format means the eight teams who lost their First Round fixtures dropped into the plate competition, while the winners advanced to the cup.

Regional giants Nigeria were dispatched by Cape Verde in their quarterfinal, comfortably the smallest nation in the region, and the islanders will be confident that they’ll see off The Gambia to reach the final.

In Wednesday’s plate semi, Guinea – defeated by Benin in their opener – meet a plucky Liberia side who have been one of the more refreshing stories of the competition.

Supervised by the charismatic Robert Lartey, who has overseen the development of many of these young Lone Stars players at club level, Liberia were beaten in the First Round by Sierra Leone, with a defensive mix-up allowing the Leone Stars in for the first-half winner.

Paired with a much bigger, stronger Niger unit in their quarterfinal, Liberia rode their luck at times – and were the beneficiaries of a bizarre refereeing call – but their individual quality in the final third ultimately saw them strike a winner through the excellent Kelvin Potis.

The wideman has been one of the breakout stars of the tournament, and despite hobbling out of that encounter with a foot injury, has confirmed to ESPN that he is back in contention for the semifinal clash with Guinea.