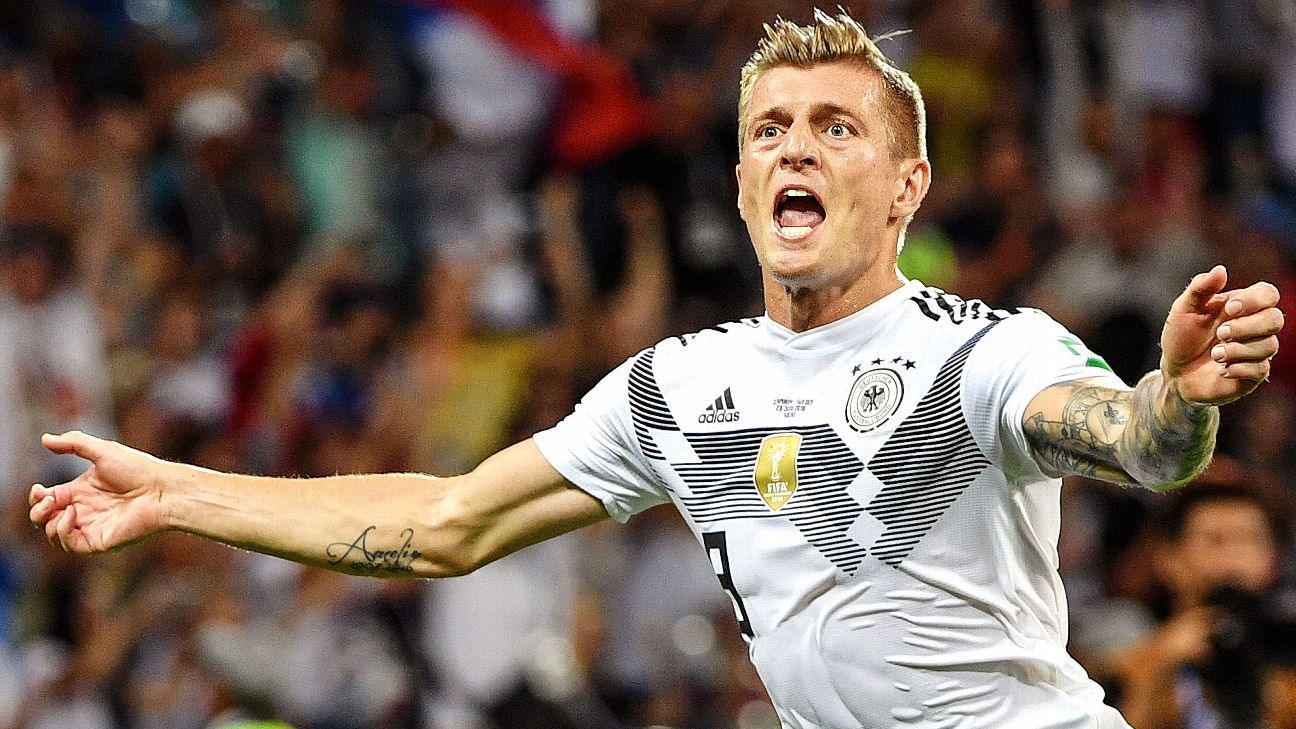 Real Madrid midfielder Toni Kroos has been named the Footballer of the Year for the first time by sports writers in Germany.

Kroos, 28, was a part of the Madrid side that claimed a third successive Champions League title and also won the UEFA Super Cup, Spanish Super Cup and Club World Cup.

“It is and always will be an honour to be Footballer of the Year,” Kroos told Kicker. “This is a prize that is not easy to get, and not everyone gets.”

“I am very pleased that I have been voted Coach of the Year by journalists,” said Heynckes. “My big compliment goes to those who did not vote for me because there are many good young coaches in the Bundesliga who also deserve this honour.”

Asked about Kroos, he added: “When I got word from Kicker that Toni Kroos was voted Footballer of the Year, I was very happy for him. More so because — I can say in all modesty — I helped in his career.

“In my long career as a coach I had a tremendous number of talented players, but with Toni Kroos I quickly felt he was willing to take the professional path.

“Not only did he listen to and internalise what he was told, he also implemented instructions. He maintained this behaviour for years and the result is a great career.”

Lyon’s Dzsenifer Marozsan picked up the women’s Footballer of the Year award for the second time in succession after success in the Champions League.

UFC 249: What a Tony Ferguson vs. Justin Gaethje main event might look like
A timeline of Khabib vs. Tony Ferguson — is it off again?
Daniel Cormier: The UFC needs to take measures to help Jon Jones
Ramirez-Postol fight postponed for second time
Gronk to serve as grand marshal for virtual race