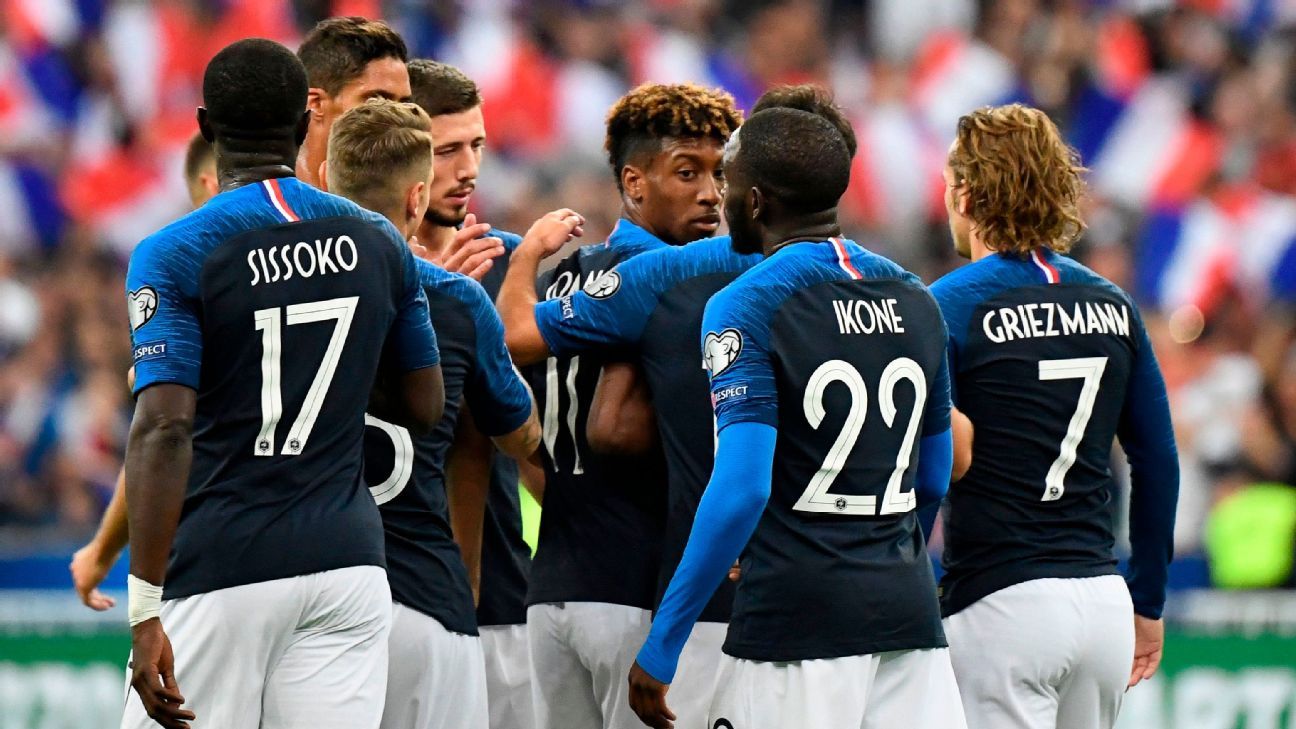 France forward Kingsley Coman scored his third goal in two matches as he inspired the hosts to a 3-0 win against Andorra in their Euro 2020 Group H qualifier on Tuesday.

The pacy Coman, who got a double in Saturday’s 4-1 win over Albania, put France ahead in the first half and hit the woodwork in the second with Clement Lenglet also finding the net after the break and Wissam Ben Yedder scoring in stoppage time.

The world champions stay second in the section with 15 points from six games, level with leaders Turkey who won 4-0 away to Moldova helped by a Cenk Tosun double.

Third-placed Iceland slipped three points behind the pacesetters after being sunk by late goals for Albania from Odise Roshi and Sokol Cikalleshi in a 4-2 away defeat.

Manfred: Mistake to call WS trophy ‘piece of metal’
Kyle Busch has done it all — except win the Daytona 500
Tyrell Fortune: Living to fight another day after they pronounced me dead
Anderson, Blachowicz make weight for UFC clash
SL look to embrace ‘role definitions’; WI eye improvement in bowling