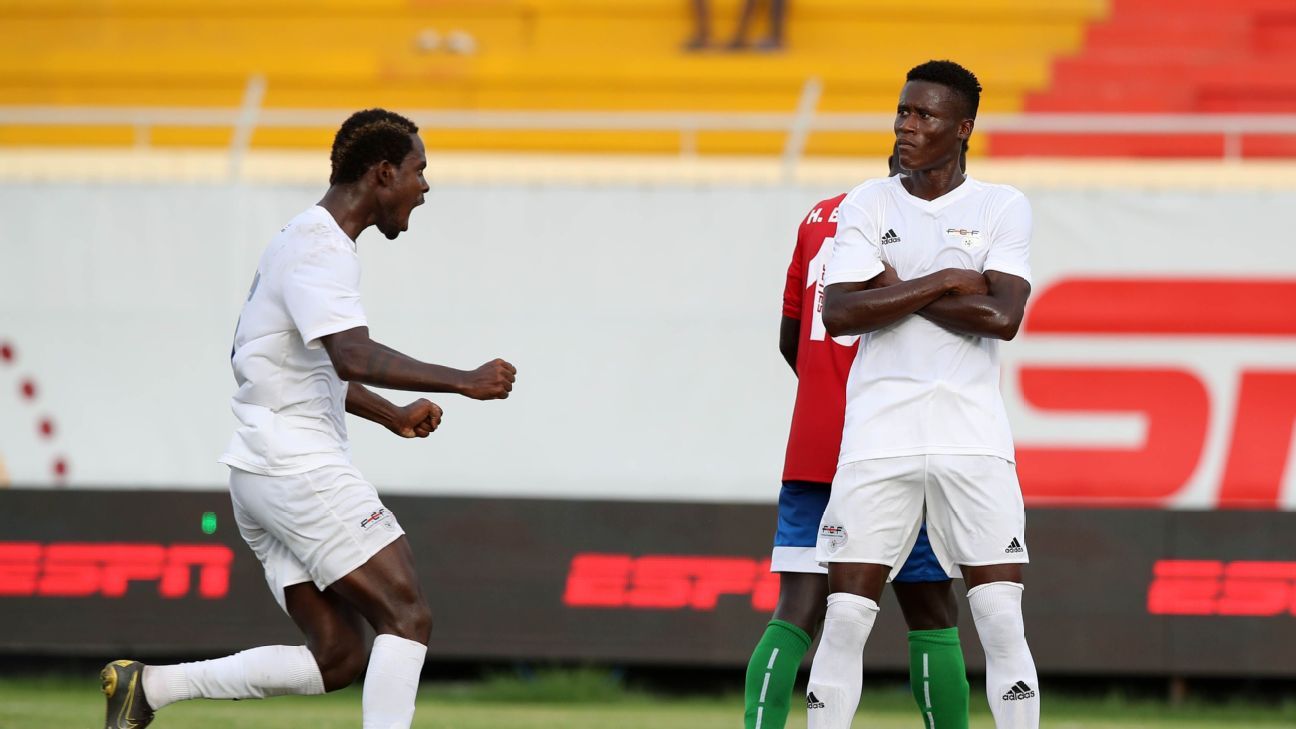 A first-half rocket from Paulo Norta sent Cape Verde into the Plate Final of the 2019 WAFU Cup of Nations after beating Gambia 1-0 at the Stade Lat Dior in Thies, Senegal on Tuesday.

Gambia started strong and came close to scoring in the seventh minute when Momodou Bojang met an inch perfect left-wing cross from Muhamed Samba, but his 10-yard header was spectacularly saved by keeper Kevin Sousa.

The Cape Verde shot-stopper was at his best again in the 23rd minute, this time flinging himself across goal to turn a 30-yard free kick from Bun Sanneh around the post.

Despite being on the backfoot for most of the stanza, the Blue Sharks took the lead in the 32nd minute after a spectacular 18-yard half-volley from Norta found the top corner of the net to make it 1-0.

The Gambian keeper, though, was largely to blame for the goal after making two horror errors at a corner kick, the second one resulting in the loose ball falling to Norta on the edge of the box and he made no mistake.

The Scorpions tried to find their way back into the match before the break but were unable to do so as they entered the tunnel trailing by a goal.

It was all Gambia in the second half, but for all their dominance they struggled to fashion any significant goal scoring chances from open play.

The Scorpions, however, did come close from a 20-yard free kick in the 73rd minute but Sanneh saw his attempt headed off the goalline by Harnani Cardoso.

That was as good as it got for Gambia as Cape Verde stood firm in defence to earn the win and a place in the final of the Plate competition on October 12.

The rise of Swedish defensemen: How Hedman, others have taken over the NHL
Miami Grand Prix: Formula 1 makes further changes to plans for Florida race
Serena, Osaka advance easily at Australian Open
Conor: Superfight with Pacquiao ‘interests me’
HOF: Death won’t get ineligible players into Hall