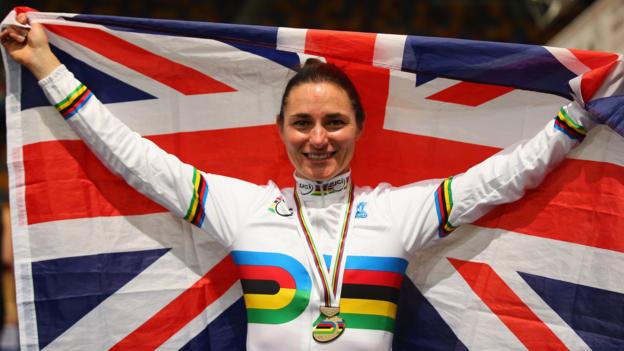 Britain’s Sarah Storey and Katie Toft won their second gold medals of the Para-cycling World Championships on the final day of competition in Maniago, Italy.

Storey, who was making her international return after giving birth in October, added the C5 road race title to Friday’s time trial gold.

Toft won her third world title of the year with victory in the C1 road race.

She won gold in the C1 time trial on Friday and also won the individual pursuit title on the track in Brazil in March.

Fellow Briton Crystal Lane finished second behind Storey, for her second silver of the championships.

The duo were beaten by Ireland’s Katie-George Dunlevy and Eve McCrystal, who claimed their second world title.

Britain have won a total of 11 medals at the championships.