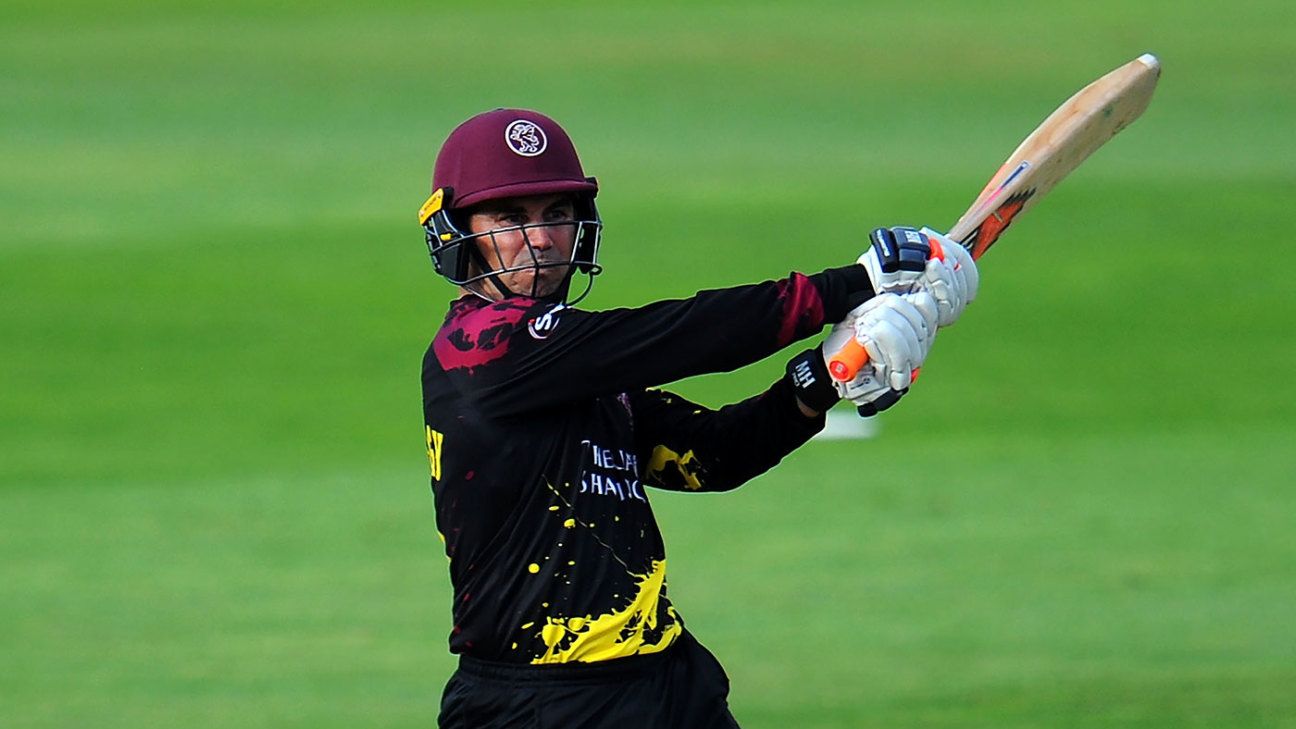 Johann Myburgh, the Somerset batsman, has announced he will retire at the end of the season.

He initially joined the club on a one-year deal in 2014 but was then retained. Last week he struck his maiden T20 century, off 42 balls, against Essex.

He wrote an open letter to the Somerset team and the supporters thanking them for his time at the club.

“What a special place this has been for me and I have felt so at home here in Taunton. My boy Joshua was born at Musgrove Park Hospital and I’m convinced that I now have Somerset blood pumping in my veins,” he said.

Dan Norcross plants the thought in Alec Stewart’s head, as Will Macpherson joins him to round up all the action from the T20 Blast

“My team-mates have of course played a massive role in my enjoyable time here in the South West. I have made friendships that will last forever, seen young boys turn into men and enjoyed the inner child in the seasoned guys. I want to take this opportunity to thank you all for the great times both on and off the field and more importantly, for accepting me into your changing room and making it ours.”

Myburgh had been highly rated as a youngster growing up in South Africa. In 1998, as a 17-year-old schoolboy, he broke Graeme Pollock’s record to become the youngest double-centurion in South African first-class cricket and played for South Africa U-19s alongside the likes of Graeme Smith and Jacques Rudolph.

However, he then moved to New Zealand with the aim of going through the three-year qualification period to be eligible for them but as he came close to completing it he then opted for a Kolpak move to the county game where he joined Hampshire in 2010. In 2012 he had a T20 contract with Durham then after a year of club cricket joined Somerset.

Andy Hurry, Somerset’s director of cricket, said: “During his time with the county, Johann has been a key member of the Somerset family. Not only is he an outstanding cricketer and athlete, he is a gentleman, a leader and a friend to all associated with the Club.

“He is an outstanding role model and mentor, and our young players will have taken much from his experience over the years. He has taken the decision to retire whilst he is still enjoying the game, as well as positively influencing matches as he showed last week with his exceptional innings against Essex Eagles.

“I feel privileged to have worked with Johann and I am certain that whatever he does next he will approach with the same passion and professionalism that he has demonstrated during his years here. Everyone associated with the Club wishes him and his family the very best for the future.”