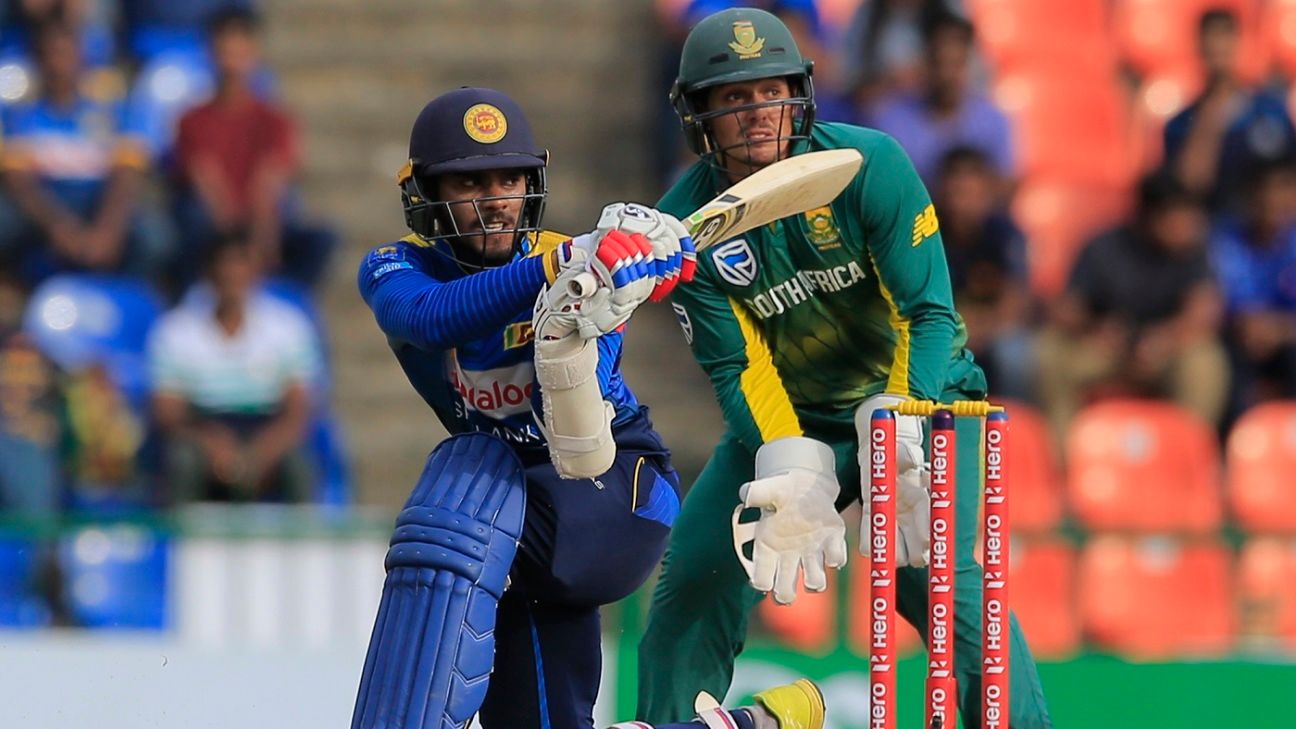 There is a point at which Dhananjaya de Silva could have felt aggrieved. Since first turning heads at the international level in 2016, no player has been moved around – up the batting order, down the batting order, out of the team, back into the team, out of the squad altogether – than de Silva. Occasionally, his omission was justified, such as in the middle of last year when he was clearly low on confidence. Often, he was shunted around because the selectors had holes to fill and de Silva seemed capable of batting both in the top order, and from lower down.

Now, after having been out of the ODI side since the Champions Trophy last year, de Silva is back playing the format. It’s no real surprise given the trend so far that he batted on Sunday in a position he had never held before – No. 7. It is also little surprise that he excelled, hitting 84 off 66 balls to give Sri Lanka fleeting hope of chasing down a target of 364. His score was Sri Lanka’s best individual innings in the series so far, and de Silva fell attacking, after Sri Lanka’s required rate had climbed to above 11.

“When I came to bat at No. 7, my main focus was on how to get close to the big target that South Africa had set us,” de Silva said. “I had been down to play at 6 but because the team wanted a left-hand/right-hand combination earlier in the innings, I had to come lower, at No. 7. There was nothing wrong with the wicket – it was a 350-plus pitch. But we lost early wickets and the target became difficult. Otherwise we could have got those runs if we had had wickets in hand.”

In truth, Sri Lanka never seemed likely to chase the target of 364, but perhaps it is that positive attitude that has helped Dhananjaya weather the uncertainty in a side where his exact position in the set-up – in ODIs and Tests – seemed to constantly be in flux. In Tests, he has been Sri Lanka’s steady No. 3 since December, averaging 44.9 in that position. In one-dayers, he has been effective as an opener, as he is for his domestic side Tamil Union, averaging 49.8 from that position in internationals. But so topsy-turvy has his career been so far, that it is in the lower order that he now expects to be picked.

“Getting dropped is part of playing cricket for Sri Lanka, but we as players know we have to grab the opportunity when it does come,” de Silva said. “I’ve been told that my position in the ODI side is down at No. 6 or 7, so I will have to train and play accordingly.”

The good news for Sri Lanka is that on Sunday’s evidence, de Silva may have what it takes to cut it as a one-day finisher. He is quick on the short ball, scores runs around the field, and though not a power-hitter, he has shown himself capable of finding the boundary, hitting eight fours and three sixes in that latest innings. If Sri Lanka lose a few early wickets, de Silva also seems more capable than the likes of Thisara Perera of being able to construct a long innings and head up a meaningful recovery. Sri Lanka had been 155 for 6 early in Sunday’s innings, but he put on 95 alongside No. 8 batsman Akila Dananjaya to haul Sri Lanka to a respectable – if insufficient – total. He was out attacking in sight of a maiden ODI hundred, with the required run rate having risen to over 11.

“I’m disappointed to miss out on the hundred, because you won’t get many opportunities to score an ODI hundred from lower down the order. At the time, I was trying to score a lot of runs quickly – trying to get about 15 an over, before Kagiso Rabada and Lungi Ngidi came back into the attack at the death.”