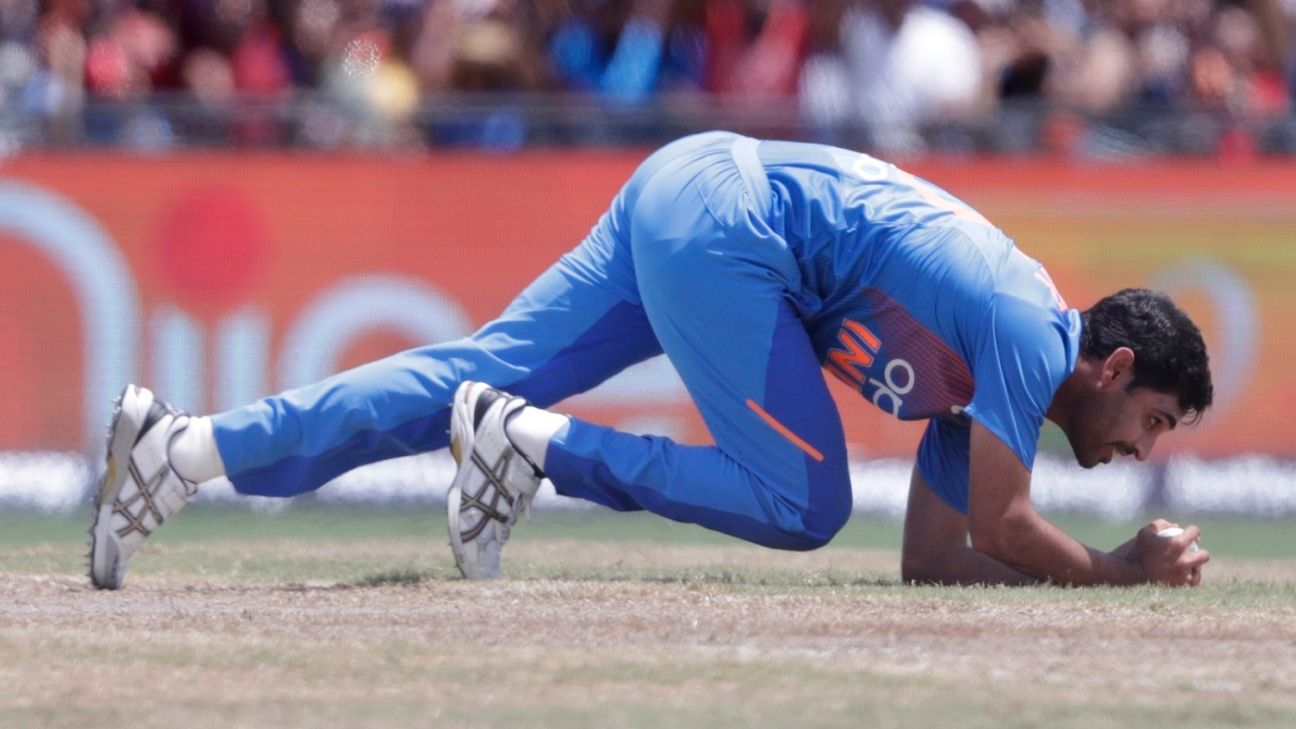 Five minutes was all it took for Bhuvneshwar Kumar to flip the game in India’s favor.

35th over. Nicholas Pooran, the form batsman, made it look like the West Indies had the game in their pocket. They needed 92 off 12 overs, perfectly doable.

The ball was on the shorter side and Pooran pulled to the legside, where Virat Kohli was perched at deep midwicket. Two balls later came the best catch of the match. Before fans and even the Indian players could realize what had happened, Bhuvneshwar had bowled and plucked the ball out of thin air, flying diagonally to his left and landing on his arms.

“My catch, I just took it!” he said and laughed at the press conference. It was too fast for him to even process what was happening. He’d taken a similar catch in the second T20I in Lauderhill, but this one was different.

“I wasn’t thinking much about the result. We knew if we could get one or two wickets then we would be back in the game. When I came to bowl all I was thinking was I have to bowl economically and I feel that wickets are the byproduct of bowling tight.”

Bhuvneshwar’s four wickets might helped India reach the finish line, but there were two other performances that stood out for India: Kohli and Shreyas Iyer. Kohli’s century (120 in 125 balls) was his first in 11 innings. The knock also took him past Sourav Ganguly’s tally of 11,363 runs, making him the eighth highest run getter in ODIs.

“From Virat’s expression you could see that he badly wanted to score a 100, not because he was out of form, but because he was getting out in the 70s and 80s and he always looking to score big runs,” Bhuvneshwar said. “The wicket wasn’t easy and it wasn’t easy to score runs as the ball got older. We know how good he is a player.”

Iyer’s performance was overshadowed by Kohli’s, but he’d said the day before the match that he wasn’t too concerned about which position he would play at, he was only thinking about going out and scoring runs for India. And he did, with a sensible 71 from 68 balls.

“I think it was a crucial partnership with Virat. He was hitting singles and he was hitting boundaries as well. I think he played with maturity.”