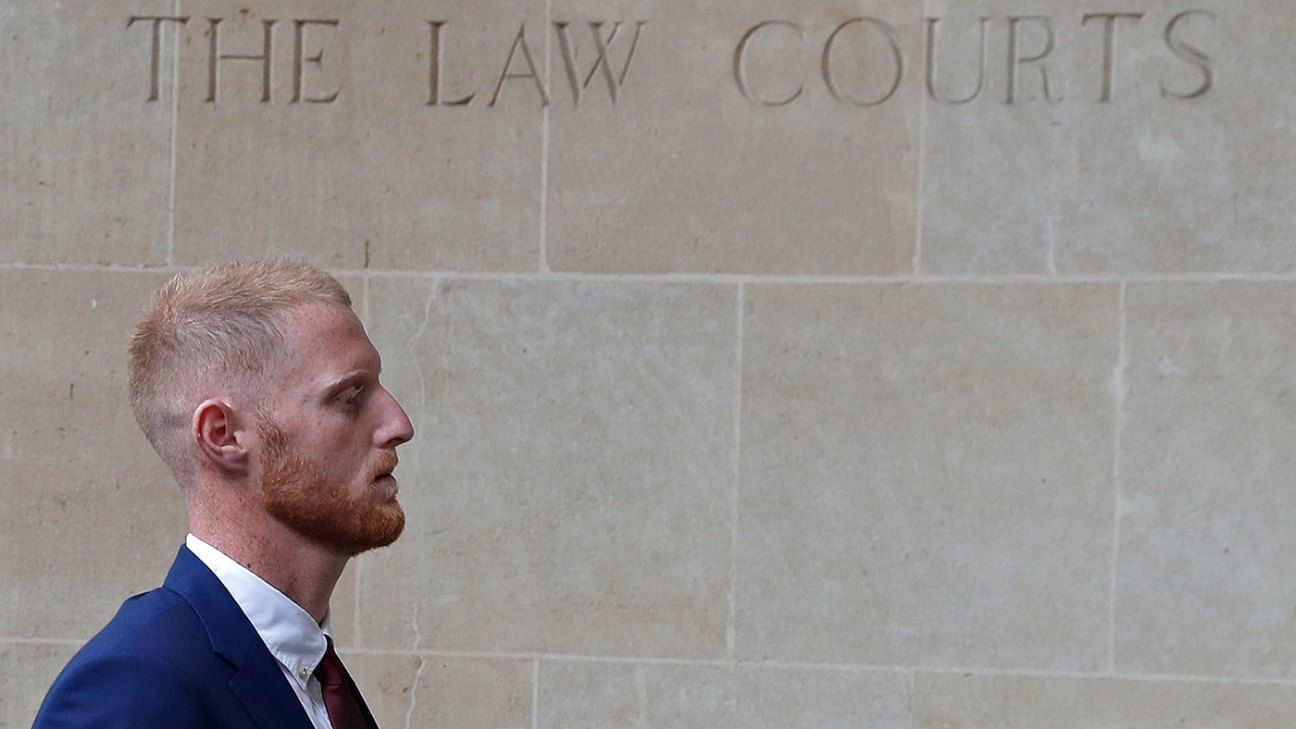 The trial of Ben Stokes has begun at Bristol Crown Court with jurors being told the England allrounder acted “well beyond self-defence or the defence of others” when knocking two men unconscious in Bristol last September.

The jury heard from Nicholas Corsellis, prosecuting, that Stokes, who has been charged with affray alongside Ryan Ali and Ryan Hale, “lost control and started to attack with revenge, retaliation or punishment in mind” after he, or those he was with, believed they were being attacked with a bottle by Ali and a piece of metal pulled from a street sign by Hale. Ali received “significant injuries” including a fractured eye socket in the incident.

All three men deny the charges.

The incident is alleged to have started when Stokes (and England teammate, Alex Hales) attempted to re-enter the Mbargo nightclub in which they, and several England colleagues, had been in earlier in the evening. It was after 2am, however, and a doorman Andrew Cunningham pointed out they did not allow entry at that time.

The incident took place in the early hours of September 25, a few hours after England had played an ODI in the city against West Indies.

Mr Corsellis said: “How precisely it started is only known by the defendants. The violence that erupted could actually have stopped very quickly and it would have remained a relatively minor incident.

“But during the incident Mr Stokes lost his control and started to attack with revenge, retaliation or punishment in mind. Well beyond acting in self defence or defence of another.

“He knocked Mr Hale unconscious and then – after time to pause for thought, to calm – he did exactly the same to Mr Ali. Mr Ali received significant injuries, including a fractured eye socket, and required hospital treatment.”

He added: “This was not a trivial moment of unpleasantness. It was a sustained episode of significant violence that left onlookers shocked at what was taking place.

“A bottle was used at the beginning by Mr Ali and a broken street sign brought into the fray towards the end by Mr Hale.”

Stokes, who arrived in court accompanied by his agent, the former England batsman, Neil Fairbrother and his wife Clare. The ECB’s director of communications, Chris Haynes, was also in court to hear evidence. The case, which adjourned for lunch at 1pm, is expected to last between five and seven days.