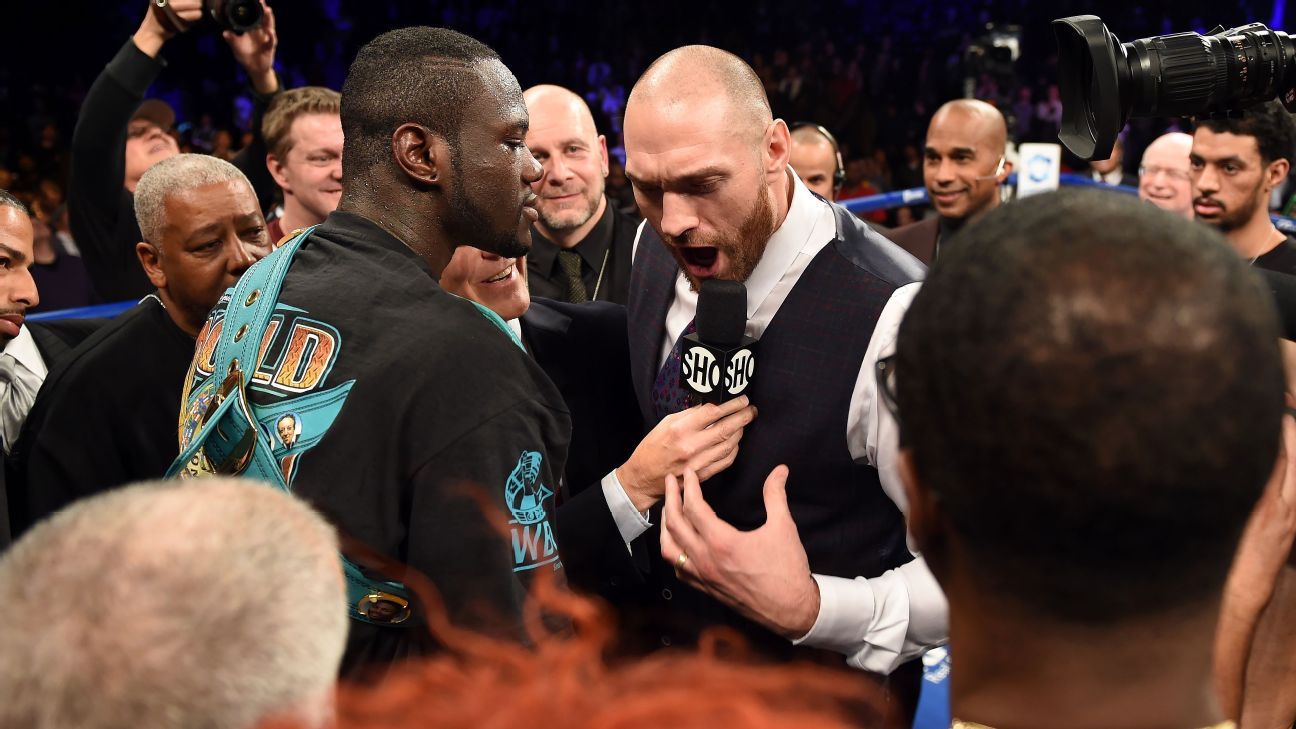 Frank Warren insists a fight between Tyson Fury and Deontay Wilder is a very realistic possibility stating it is “very close” to being done.

Fury (26-0, 19 KOs) faces Francesco Pianeta in his second fight since becoming world champion in Nov. 2015 after his win over Wladimir Klitschko.

However, Fury’s promoter Warren confirmed much of the focus surrounds a potential bout between WBC belt holder Wilder and Fury in Las Vegas later this year.

“Tyson wants the fight,” Warren told iFL TV. “Both of them want the fight. We are very close to getting it done.

“Tyson’s got to win his fight on the Belfast show on the 18th. He’s got to come through that. If he comes through that I believe we’ll be in a position to make it happen.

“I think it’s the biggest fight of the year. It’s a toss up out of that and Canelo-Golovkin. Biggest heavyweight without a doubt by far.”

A potential match-up between Wilder and Anthony Joshua has also been well documented, but Warren revealed he’s been working on a fight with Fury instead behind closed doors.

“Probably about a couple of weeks now [I’ve been working on the fight],” he added. “I was helping with their offer to Anthony Joshua and that’s how it come about.

“I always say if you want to make a fight and the money’s right it’s easy to do. There’s two reasons you don’t make fights, one is the money’s not right or two, you don’t fancy it. That’s the bottom line.

“Turning down a guarantee of $80 million for two fights tells you they [Joshua and his promoter Eddie Hearn] don’t want the fight.”

Joshua’s next fight is a mandatory defence of his WBA world title against Alexander Povetkin on Sept. 22 at Wembley Stadium, UK.