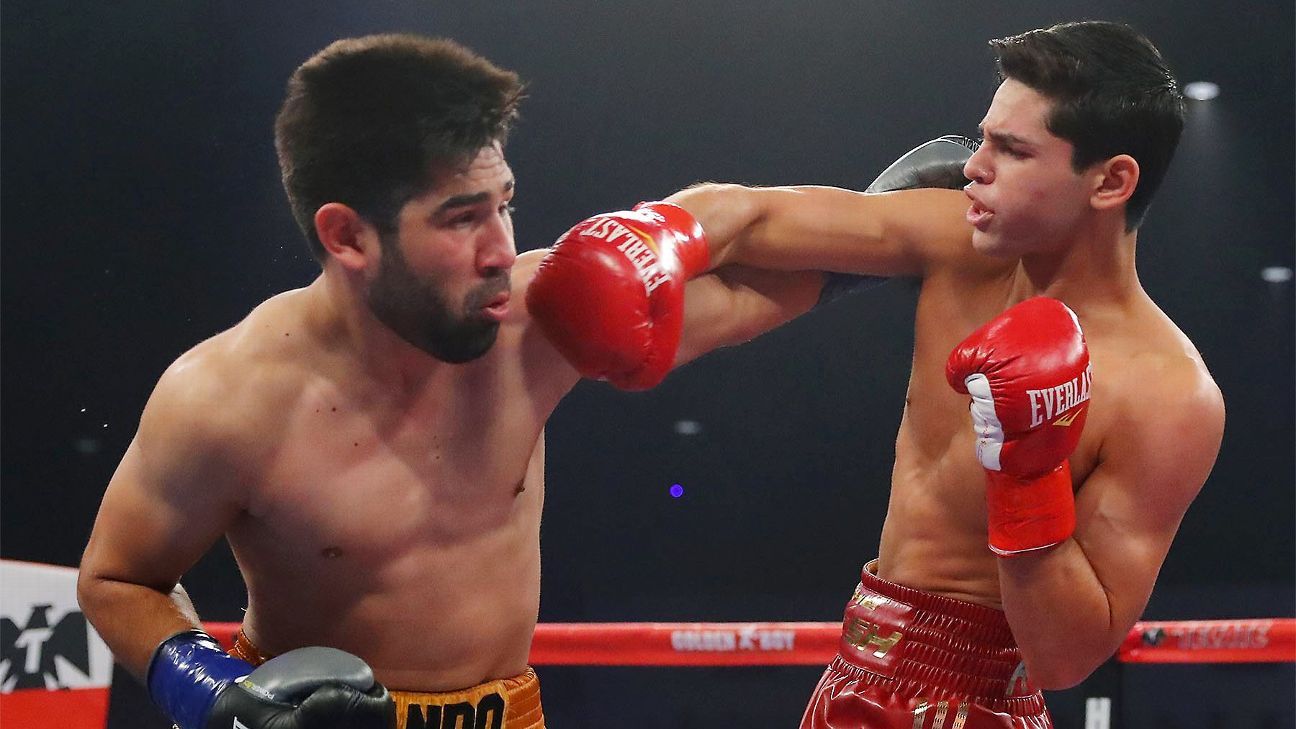 Junior lightweight Ryan Garcia, the 2017 ESPN.com prospect of the year, will return to action to face Carlos Morales on Sept. 1, Golden Boy Promotions announced on Tuesday.

Garcia and Morales will meet in a scheduled 10-round lightweight fight at the Fantasy Springs Resort Casino in Indio, California, in the main event of a “Golden Boy Fight Night” card that will stream live on Facebook Watch as part of Golden Boy’s new deal with the social media giant.

The fight figures to be a step up in competition for Garcia (15-0, 13 KOs), 19, of Victorville, California, who is coming off a near-shutout decision win against former featherweight world title challenger Jayson Velez on May 4 but in a performance for which he took some criticism.

“I feel amazed, honored and excited,” Garcia said about the upcoming fight. “I’ve changed up my team and we’ve been working on my craft. I’m more focused now than ever before, and I’ve been working on the body shots. I won’t reveal too much now, so everyone will have to tune in. I’m going to show fans why we are the hottest thing in boxing.”

Garcia had been trained by his father, Henry Garcia, but no more. Manager Roger Ruiz felt Ryan Garcia had to work on some things, such as tucking his chin and working to the body, and has brought in trainer Danny Luna to take over the corner. Luna used to work Garcia as an assistant trainer during his standout amateur career.

Morales (17-2-3, 6 KOs), 28, a Mexico native fighting out of Los Angeles, lost a 10-round decision to Alberto Machado – who went on to win a junior lightweight world title – last August but bounced back for a sixth-round technical decision win against Dardan Zenunaj in December.

“I am very excited to be back in Indio fighting for Golden Boy Promotions,” Morales said. “This should be an entertaining fight. Ryan Garcia is a good fighter, and I always like to fight good opponents. This fight will be on Facebook Watch so that all my fans can watch it.”

Others scheduled to box on the card against opponents to be determined are junior middleweight Alex Rincon (4-0, 4 KOs), 23, of Dallas, in a six-round fight; lightweight Kevin Ventura (9-0, 8 KOs), 21, of Omaha, Nebraska, in six-rounder; and junior welterweight George Rincon (4-0, 2 KOs), 26, of Dallas, in a four-round match.