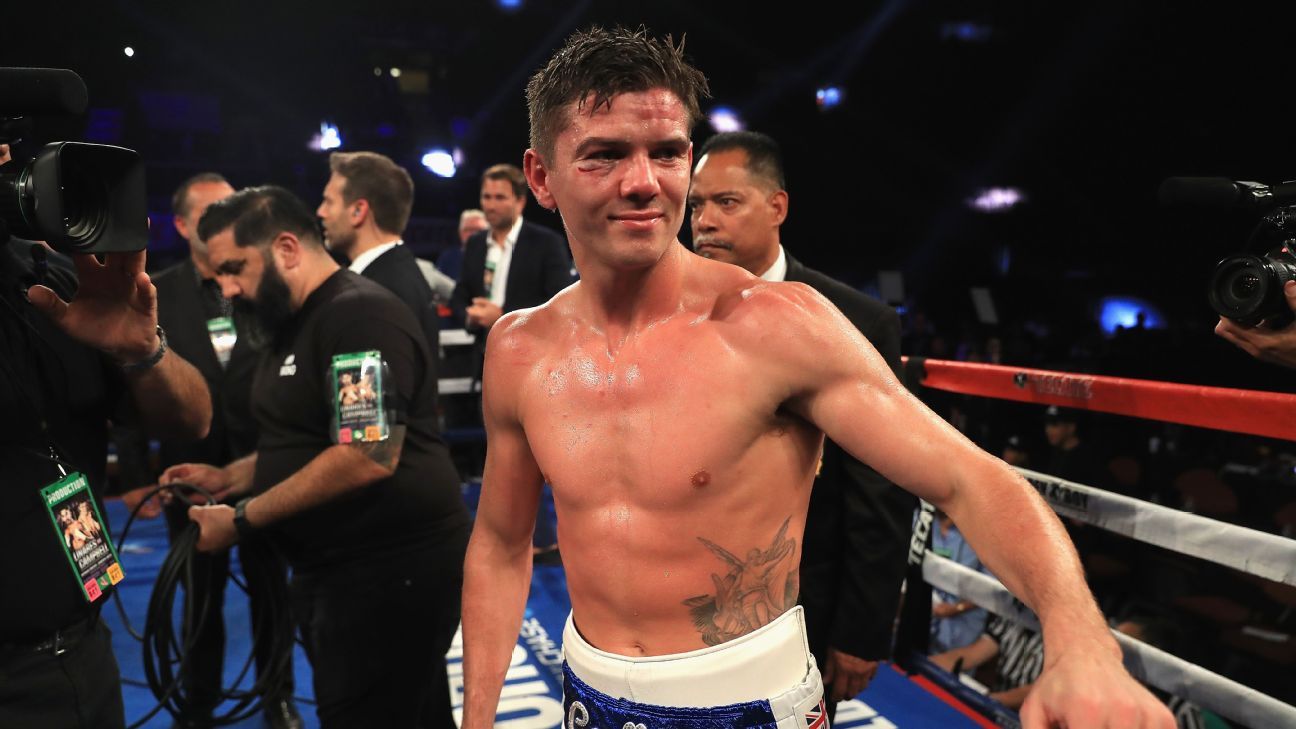 Lightweight contender Luke Campbell will have a chance for revenge against Yvan Mendy in a fight for high stakes.

Campbell, who suffered his first professional knockdown and loss to Mendy in a split decision in December 2015 in a major upset, will face him again. This time the fight will be a world title eliminator that will take place on the undercard of the Anthony Joshua-Alexander Povetkin heavyweight world title fight Sept. 22 (DAZN) at Wembley Stadium in London, Matchroom Boxing promoter Eddie Hearn announced Monday.

The winner of the fight will become a mandatory challenger for unified lightweight world titlist Mikey Garcia.

“This is probably the biggest moment of Luke’s career so far,” Hearn said. “Win and he could challenge Mikey Garcia for the title, lose and his aspirations of fighting for a world title are over. It’s a 50-50 fight and a great addition to what will be a huge night of boxing.”

Following the home loss to Mendy in London, Campbell, a 2012 Olympic gold medalist for Great Britain, won five fights in a row before losing another split decision, this time challenging then-lightweight world titleholder Jorge Linares in September in Inglewood, California. Campbell won his next fight on May 5 and now gets his chance to avenge the loss to Mendy.

“I knew that Eddie Hearn would do his best to make this rematch happen and I’ll be fully prepared on Sept. 22,” Campbell said. “Seven fights and 2½ years later, it’s time to confirm that I deserve the chance to fight for the WBC title. I want to clear Mendy off my record. For reasons that I’ve talked about previously, I should have never got in to the ring that night, but what’s done is done, and I can’t wait to right that wrong on my record on fight night.

“Mendy’s always been on my list for sure,” Campbell added. “He’s been winning and it will be a very tough fight. He is a tough competitor, strong and durable. I am now a completely different person and a different fighter all around. I’m 10 times better than I was when he beat me 2½ years ago. I’m bigger, I’m wiser, my boxing ability is 10 times what it was back then.”

“I’ve already struck up a great relationship with Shane and I have no doubt that he is going to take me to the next level,” Campbell said. “I want to become a world champion and Shane has a proven track record of achieving that with his fighters.”

Mendy (40-4-1, 19 KOs), 33, of France, has won 10 fights in a row since dropping a decision to Edis Tatli for the vacant European lightweight title in 2015. Now he is one win away from his first world title opportunity.

“I’m within touching distance of landing a shot at the WBC world title and Luke Campbell is standing in my way,” Mendy said. “I’m willing to fight anyone to get my hands on that green belt. I beat him before and I will do it again. This time he will not hear the final bell.”