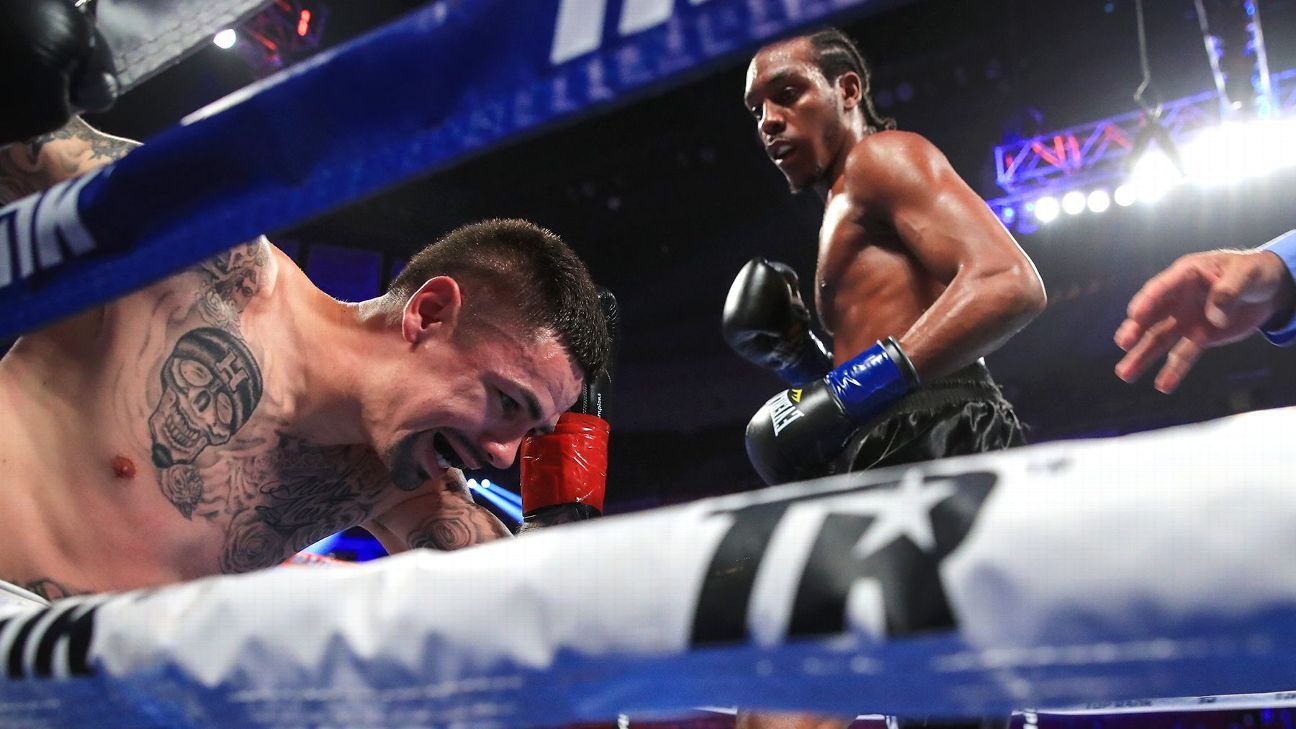 Junior welterweight contender Amir Imam, having settled a lawsuit with promoter Don King that has kept him out of the ring for more than a year, has signed a multiyear promotional agreement with Top Rank, the company announced on Thursday.

Imam came to the attention of Top Rank officials in his last fight when he and Jose Ramirez met for a vacant junior welterweight world title on March 17, 2018, at the Hulu Theater at Madison Square Garden in New York. While Ramirez won a wide decision, Imam fought well, put on a good show and earned admiration from the Top Rank staff.

“I think everyone in our office, when we did that fight in New York between Imam and Ramirez, we were like, wow, he is telegenic and we want to bring him back if possible,” Top Rank president Todd duBoef told ESPN. “That was the first time I had seen him up close. He’s a good puncher and has an exciting style, and we were interested in doing something with him at some point. He puts on a good show. When he became available we jumped all over it. He was great to work with in that promotion.”

Imam (21-2, 18 KOs), 28, an Albany, New York, native fighting out of South Florida, also boxed on a Ramirez undercard that Top Rank promoted in November 2017 as part of a deal with King to get him a tune-up fight before the expected title bout with Ramirez.

Imam has not fought since the loss to Ramirez but is excited to get his career going again.

“I am grateful to have joined the best promotional company in boxing. I have learned a lot from my past fights and have made positive changes that will allow me to succeed as I move forward to my goal of becoming a world champion,” Imam said. “I’m eager to get back into the ring before the end of the year and showcase my skills as part of the Top Rank team. I’m looking forward to seeing what the future holds for me.”

“Amir Imam is a naturally gifted fighter who can best be defined as potential unrealized to this point in his career,” manager Peter Kahn said. “He has the physical and mental tools to be a world champion. He’s a perfect fit for Top Rank. Whether Amir continues to campaign at [junior welterweight] or welterweight remains to be seen, but the fans will see a rejuvenated, well-prepared Amir who is on a mission to be a world champion.”

DuBoef said Imam will have his first fight of the new deal this fall, although the specific date has not been determined.

“Just because you lose doesn’t mean you’re done,” duBoef said. “He went out gallantly against Ramirez, and we believe he has a good future.”

After the loss to Ramirez, Imam signed with Kahn, who contacted Top Rank about signing him once the lawsuit with King was settled.

Imam sued King in April, along with former manager Roosevelt “Stacey” McKinley for breach of contract and for violations of the federal Muhammad Ali Reform Act in the 11th Circuit Court for Broward County, Florida. He sought a release from his contract as well as more than $500,000 plus punitive damages. Terms of the settlement were not disclosed.

Sophie Molineux and Annabel Sutherland named in Australia’s T20 World Cup squad
How Facebook (and a couple of KOs) breathed new life into Michael Seals’ career
Let’s go on a road trip with the NBA-best Bucks
Mayweather voted fighter of the decade by BWAA
Sources: Kyrie expected to return to Nets Sunday