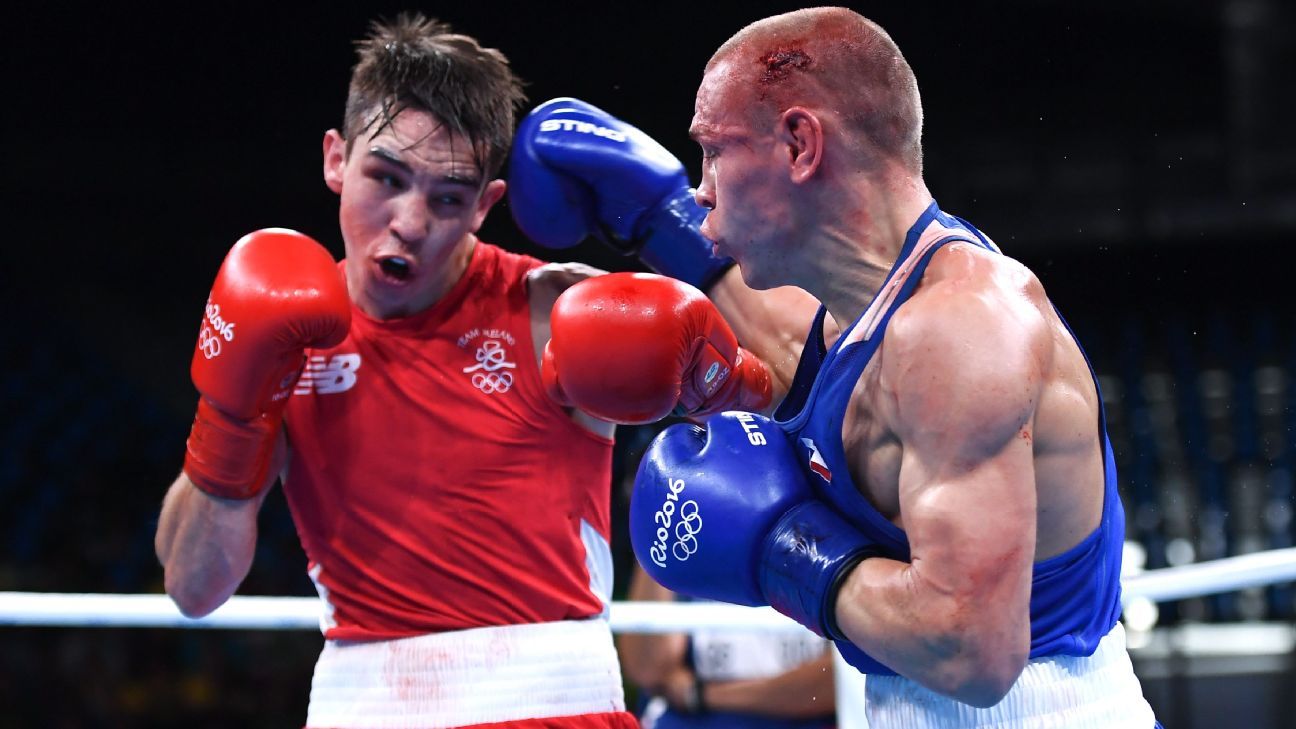 Michael Conlan heard a bad rumour before the Rio Olympics that he was not going to be treated fairly: Conlan heard that he would be robbed.

In Rio the rumours intensified. The secret movers and fixers in the Olympic boxing game all seemed to know what would happen, and inside the Irish camp they did their best to protect Conlan from the news. The Olympic village is a hard place to suppress a rumour.

Conlan was both the reigning World and European champion, a dream double, had won a bronze at the London Olympics and was favourite for the gold medal in Rio. The gold was not going to be easy, but Conlan had the form, the experience and the momentum on his side — sadly, he had the darkest of ancient amateur boxing conspirators against him, a clandestine gang left over from boxing’s Cold War days.

In the quarterfinal, Conlan met Russian Vladimir Nikitin, who had beaten Conlan before and was certainly not the hopeless boxer some have suggested. Nikitin fought with visible stitches, which looked like staples, on the left side of his skull to close a jagged wound. Conlan sensed as he walked to the ring that something was not quite right — the referee warned him in the ring about keeping his head up before the first bell had sounded.

“What was that all about?” Conlan asked when we sat down at his little apartment in south London to watch back that infamous fight with Nikitin. “I knew that ref and she had never said anything like that before.”

When we settled down, filling his sofa, Conlan had not watched it “for ages” and I had not seen it since the night of the original fight. We pushed go, sat back and suddenly we were both in Rio in the summer of 2016: Conlan fighting for his life and me as witness to the unfolding travesty.

The first round is comfortably Conlan’s round; the Irish boxer is too fast, too accurate and Nikitin spends most of the three minutes chasing shadows. Conlan sits down, relaxed, composed on the bell — then there is news that he is trailing, a boxer and close, close friend of Conlan called Paddy Barnes gets word to the Irish corner that Nikitin has been given the round. You can see their shock in the fight film.

“I knew then,” Conlan said. He knew that all the rumours were true — he knew deep down that his Olympic journey was over, his boyhood dream gone forever.

Conlan has to get involved more in the second, win it even bigger than he had clearly won the first. He did and it meant it was a round each going into the third and final round. There was a place in the semifinal for the winner, a guarantee of an Olympic medal. And, the hope of becoming Olympic champion would come closer.

“Look at that, he’s hurt. I’ve hurt him and then she steps in and warns me,” he said at one point in the second round. “What chance did I have? There was no way they were going to let me win, no way.” He was right.

I think we both thought the third was scrappy, hard, even close, but watching it again we were both surprised: Conlan wins it easier than he won the first round. He is brilliant; Nikitin is beaten. It was a revelation to watch. At the final bell, there is only one winner, surely? Wrong.

Nikitin gets the verdict and goes to the semifinal while Conlan is crushed. The rest, as they say, is history. Conlan removes his vest, remains in the ring, tells each of the judges what he thinks of them, shows them his middle finger, leaves the ring in a rage, gives a raw interview and — this is not an exaggeration — helps to change Olympic boxing forever.

The fallout was not gentle. Conlan quit the Olympic village that night, continued to abuse the men and women of AIBA, the governing body who ran the sport then, and there was worldwide condemnation of the decision; boxing at the Olympics was once again shamed. Conlan did his bit, trust me, for the revolution that followed. It was a revolution that took Olympic boxing to the very brink of its existence.

The IOC initiated various investigations after Rio, always citing the Conlan verdict as they led a purge for reform, and AIBA has now been suspended. There will be boxing at the Tokyo Olympics but nobody who officiated in any capacity in Rio will be on the IOC’s selected roster. The sport simply can’t survive another Conlan disaster.

And after the verdict in Rio? Well, Nikitin was so badly cut and hurt that he had to withdraw from his semifinal against the American Shakur Stevenson. Conlan turned professional with Bob Arum and the pair famously replicated Conlan’s signature salute to celebrate signing their contracts. Nikitin turned professional last year.

This Saturday, Conlan and Nikitin fight at Madison Square Garden live on ESPN — it is the only fight that matters to Conlan. Both are unbeaten.

“I have to beat him, get rid of him and then I can move on,” Conlan said. It’s not the Olympic final, but it is a fight Conlan has dreamed about.

Tournament director: Australian Open is happening
NFL players considering retirement in the 2020 offseason: 16 who could walk away
Darvish now asks: Were Astros stealing off me?
How the internet helped crack the Astros’ sign-stealing case
SGA youngest ever with 20-rebound triple-double