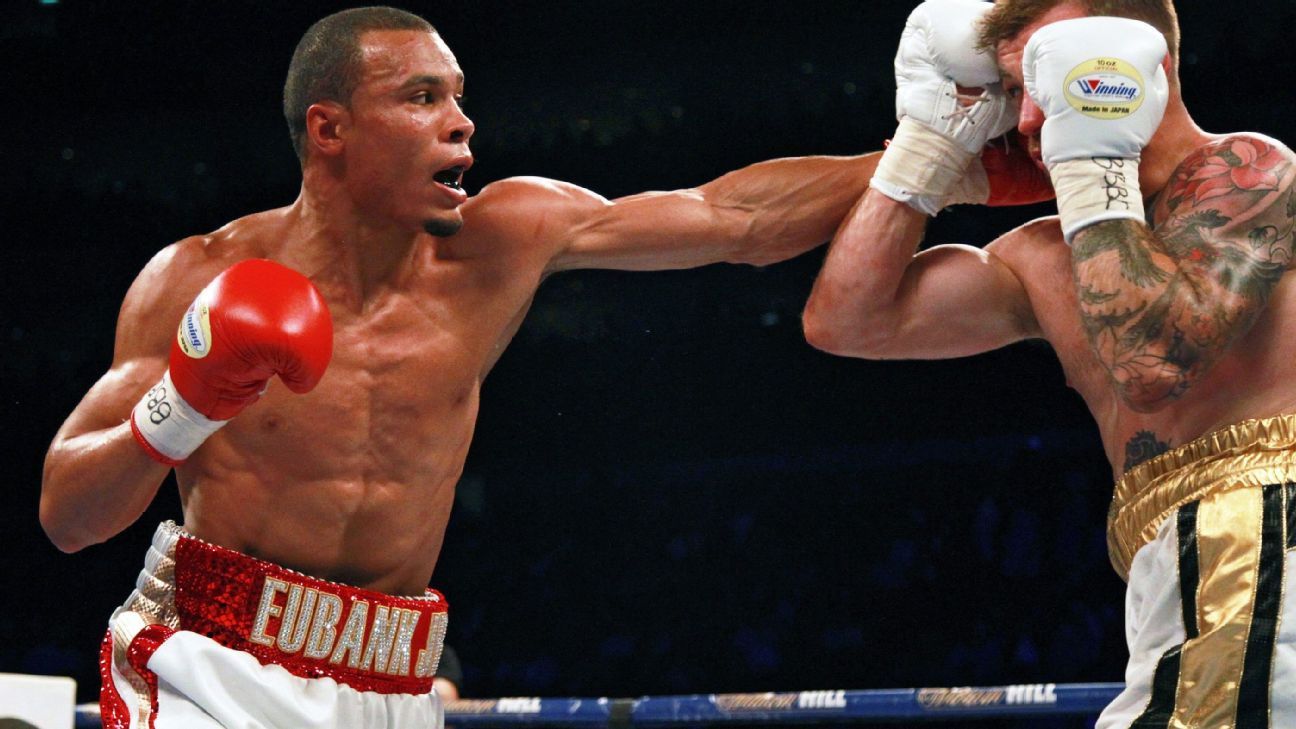 Chris Eubank Jr. will make his United States debut in a return to the middleweight division.

“Chris Eubank Jr. is already a star in the U.K. and is poised to make a big splash in his U.S. debut, while Matt Korobov is eager to build on his impressive performance in a loss to Jermall Charlo last year. Expect fireworks,” promoter Tom Brown of TGB Promotions said.

Eubank (28-2, 21 KOs), 30, the son of British legend and two-division world titlist Chris Eubank Sr., boxed as a super middleweight in his past six fights.

Since dropping a decision to countryman George Groves in a super middleweight world title bout in the semifinals of the World Boxing Super Series in February 2018, Eubank has won two fights in a row — a third-round knockout of JJ McDonagh in September 2018 followed by his career-best victory, a 12-round decision over former world titlist James DeGale in February that sent DeGale into retirement.

Eubank has since made the decision to drop down from 168 pounds to 160.

“I’m ready to take the United States and the middleweight division by storm,” Eubank said. “I’m excited to come down to 160 pounds where I naturally belong, and I don’t see anybody being able to touch me at this weight class.

“America is where I learned how to fight as an amateur in Las Vegas and 13 years later I’m finally going to make my U.S. professional debut. I can’t wait to show the fans in the U.S. that I’m the best middleweight in the world.”

In December, Korobov, a southpaw, lost a competitive unanimous decision in an interim world title bout with Charlo that Korobov had taken on a few days’ notice — he had been scheduled to box on the undercard — when Charlo’s original opponent, Willie Monroe Jr., was bounced from the fight for failing a drug test.

In Korobov’s return on May 11, he fought to a 10-round majority draw with Immanuwel Aleem. The fight was initially announced as a decision win for Korobov before a scoring error was discovered to show that it was actually a draw.

“I am more motivated for this fight than any other so far in my career,” said Korobov, who suffered his only other loss by sixth-round knockout to Andy Lee in a fight for a vacant world title in 2014. “Against Jermall Charlo, I didn’t get the decision. In my mind, I won that fight at Barclays Center. This time around, I will leave no doubt against Eubank. This opportunity gives me a chance to right a wrong. Fans will see the best Matt Korobov on Dec. 7.”