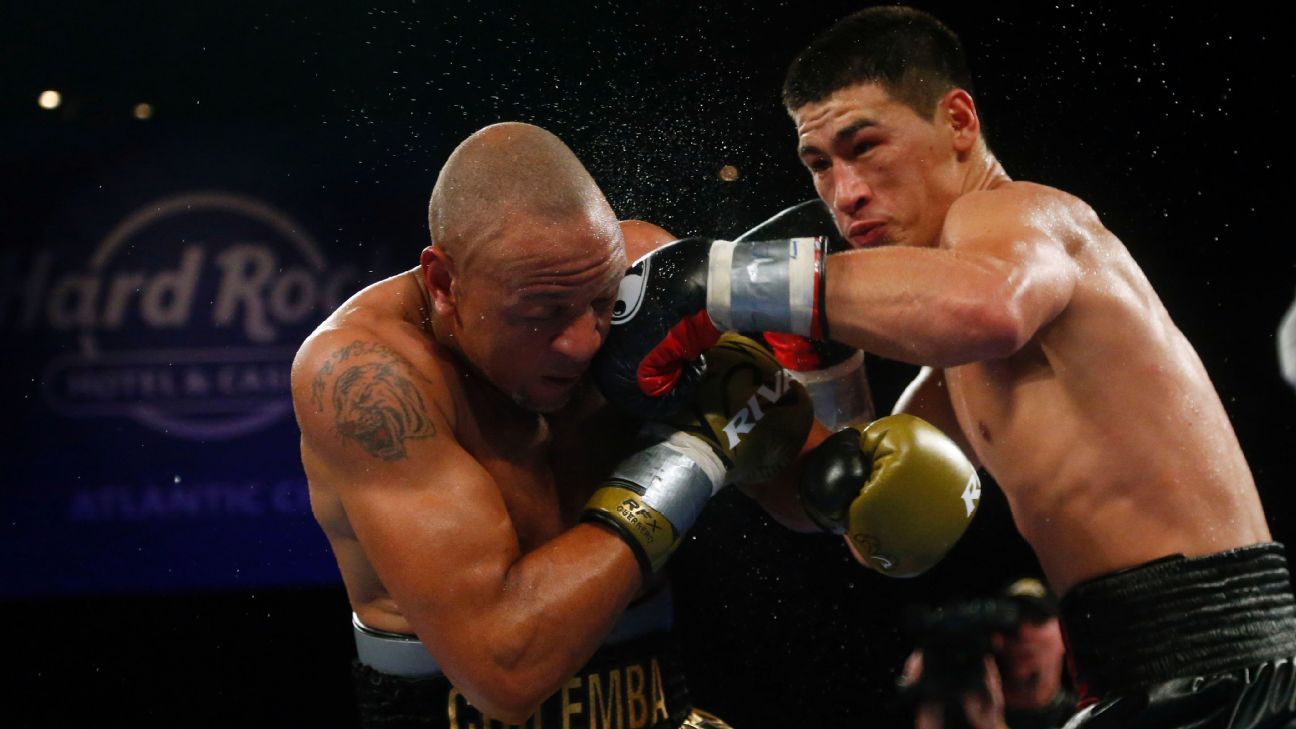 Bivol did the first part with ease as he rolled past Isaac Chilemba on Saturday night in the Kovalev-Eleider “Storm” Alvarez co-feature at the Mark G. Etess Arena at the newly opened Hard Rock Hotel & Casino. However, although Bivol showed off his superior skills and won in dominant fashion, he did little to create more buzz for a Kovalev fight, even causing fans to boo the lack of action at times during the middle of the tedious fight.

The victory was Bivol’s second in a row against a well-known contender, as he impressively knocked out Sullivan Barrera in the 12th round on March 3 on another Kovalev-headlined show. The fight with Chilemba was Bivol’s third in his last four bouts to come on a Kovalev undercard, as their seemingly inevitable showdown draws closer.

The Kovalev camp has said repeatedly they want the fight, while Bivol and his team felt he needed a little more experience and exposure.

“Chilemba is a good fighter and he had champion spirit tonight,” Bivol said. “He is a strong fighter. I want to fight more good fighters. I don’t know who my next opponent will be.”

What about a fight with Kovalev?

“We will see what will happen [in the main event]. If the fans want that fight, it will happen,” he said. “I just want to fight the best fighters.”

Bivol (14-0, 11 KOs), 27, of Russia, attacked Chilemba from the outset, driving him back with right hands and body shots. Chilemba (25-6-2, 10 KOs), 31, a Malawi native fighting out of South Africa, who is trained by all-time great Roy Jones Jr., had little to offer except the occasional hook and jab that was short of its target.

But Bivol, who is very composed and deliberate, didn’t keep up the fast pace, although he consistently scored with his jab and combinations to pile up points.

Though Bivol was in command all the way, he never stepped on the gas in an effort to get rid of Chilemba, who was outclassed.

There were a few good exchanges, including in the ninth round and 10th rounds, but they were few and far between.

Chilemba dropped to 1-4 in his last five fights, albeit each loss to a top opponent in Bivol, Alvarez, Kovalev and Oleksandr Gvozdyk. He is also 0-2 in world title fights, having lost a decision to Kovalev in 2016.

Douglin (21-1, 13 KOs), 30, a Marlboro, New Jersey, native who has suffered losses to the likes of George Groves, David Benavidez, Anthony Dirrell and Jermell Charlo — all of whom have won world titles — was far busier and landed the cleaner punches to end his two-fight losing skid.

Alexander (12-1, 8 KOs), 32, of St. Louis, was fighting for the eighth time since he served 11 years of an 18-year prison sentence for armed robbery and the assault of a police officer before being released in 2016 and resuming his career.

The rest of the undercard