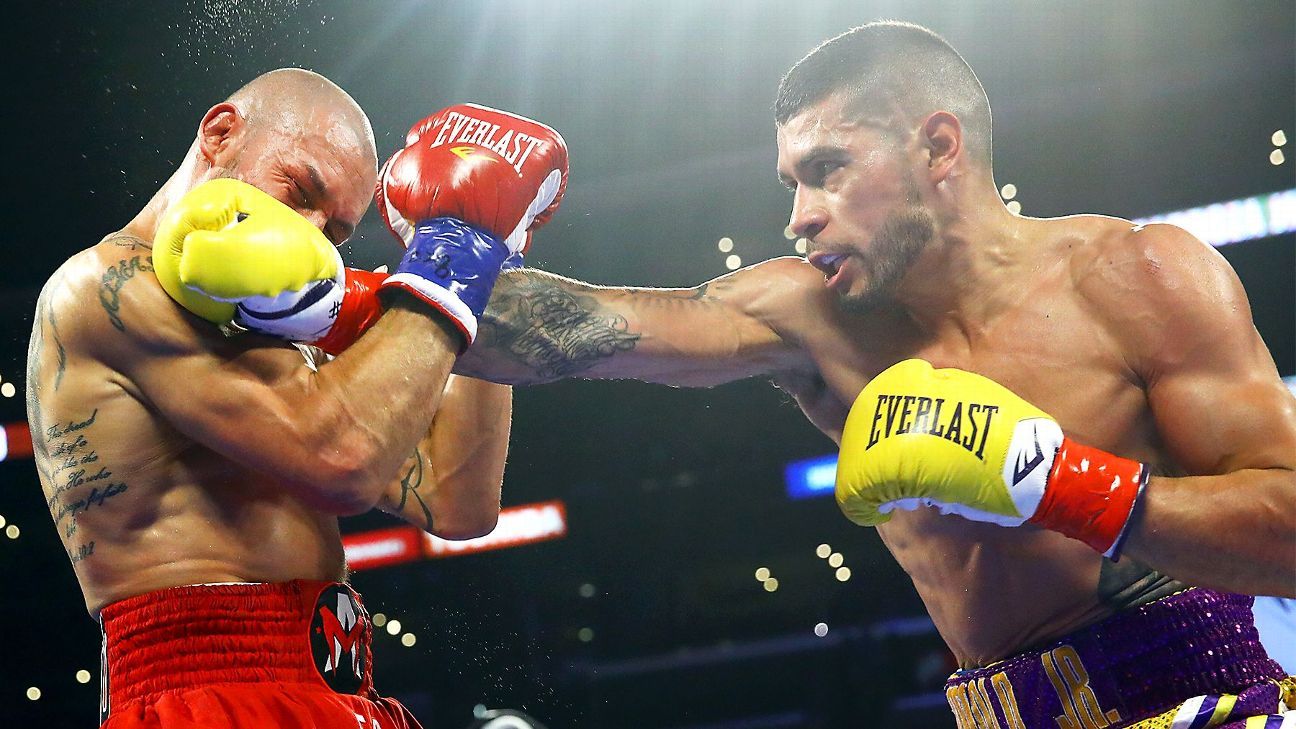 The world title bout will headline the Top Rank Boxing on ESPN card on Aug. 17 at the Banc of California Stadium in Los Angeles. On Wednesday, the undercard bouts that will stream on ESPN+ beginning at 6:30 p.m. were unveiled.

“That Alvarado fight boosted my confidence to a whole new level,” Barboza said. “I’ve always been confident, but I needed to know I could do it at that level. The hard work paid off. We’ve trained hard for this fight. I’m at another level now, and we’re ready to showcase that on the 17th.

“Everyone looks at the rankings, but it’s the next man up on the contract for me. Of course, I want a title shot, but the longer these champions wait, the harder it will be for them because I am building my confidence in the ring.”

“It’s a homecoming for me on Aug. 17,” van Heerden said. “The L.A. fans will adopt this South African boy. I am grateful to Top Rank for the opportunity to compete and stay busy on my road toward a world title.”

“With every fight, I gain more valuable experience, and I will be ready to challenge for a world title before long,” Alimkhanuly said. “I have an incredible trainer in my corner and the confidence needed to advance to the next level. This is a very big stage, and I will show everyone that I’m a middleweight to watch.”

Also on the undercard:

The main card will also include the previously announced 10-round featherweight co-feature between former junior welterweight world titlist Jessie Magdaleno and Rafael Rivera.